Anatomy of serious and interesting collectors: Ron and Carol

Remember when your mom told you night-time fairytales? She would start by saying “Once upon a time.”

Well, this is no fairytale, but once upon a time two college grads, both holding significant positions in the business world, made a decision. They looked at one another and said, “Do we want to continue in this rat race?” The answer was “NO!

Ron and Carol moved to a small western New Jersey town, rented a small apartment, and searched for and found an available storefront space to set up shop on Main Street.

Now, Ron and Carol were fringe hippies and of the Woodstock generation, therefore one could term them as “from the far side.”  There would be no cute name for their shop, and their sign read, simply, “Antiques.” This town was made up of a high percentage of city commuters who were always on the lookout for the unusual.

Ron and Carol took a month off and jumped in their Volkswagen bus and went on a picking trip. Upon their return they were excited about their purchases. The shop had large display windows and were perfect to display vintage clothing, stuffed animals, and other far out, crazy items.

The shop was an instant success and prompted regular buying trips.

This is the point of our story where collections come about. Ron would focus on one or two subjects and purchase items to satisfy his clientele.

My wife and I were regular shoppers and would purchase soda pop or any food-related tin signs to satisfy our desires for country store décor. Ron would load up on signs for us.

Upon a visit one Saturday, Ron had filled one wall with more than 20 paint-by-number images of the Lord’s Supper. What in the world was he thinking? He said, “Aren’t they great”? No two were alike!

Within two weeks they sold to a New York City dealer as an art form. The next project was a good quantity of early toasters – the kind with open filaments and art deco designs. Again, a décor dealer from Soho purchased the entire lot.

This success prompted Carol to go hog-wild on Victorian clothing and accessories. Naturally, she would dress in these wares, and soon built up a good following of collectors of jewelry, head bands, and white lace dresses.

We became good friends with Ron and Carol, and often shared exhibit space for big New York shows. This inventive couple was known for marching to a different drummer.

Ron was also very good as a restorer and would take old steamer trunks and re-line them, add new locks, and refinish a $20 piece of junk into a $100 treasure. Possibly the farthest-out collection was a whole table of sock monkeys, crazy as it sounds. He marketed them as dog toys or just far out ornaments.

We all like to think we are unique, different, and ahead of the times. Ron and Carol were all of the above. About 10 years ago, Ron passed away, and Carol had to leave the area to forget the many adventures that they shared. She took her mother and her collection of Victorian wares and moved to San Francisco. She became part of the Haight Ashbury scene and is very well thought of in the business, with several movie star clients and other regular collectors of her goods. Ron and Carol “did it their way” and escaped the rat race. Personally, we really miss this couple, as there was never a dull moment in this exciting collecting world. 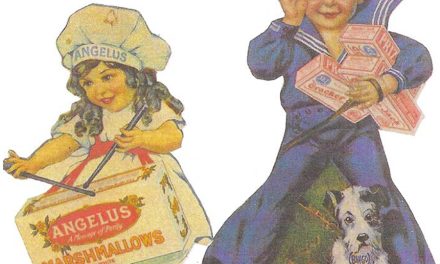 Anatomy of a serious collector: George and Dolly 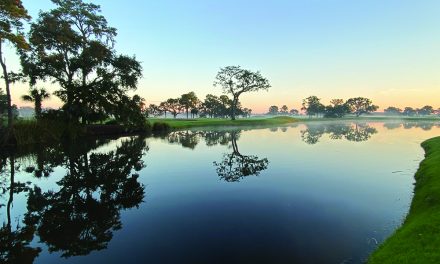 Be intentional, focus on the positive, reflect the light

Oodles and boodles of Doodles come from poodles 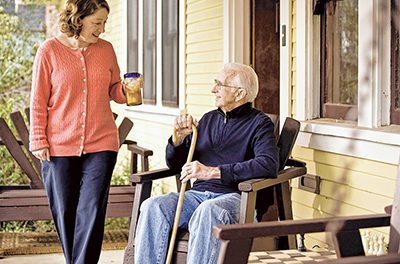 Caregivers must be compassionate, knowledgeable