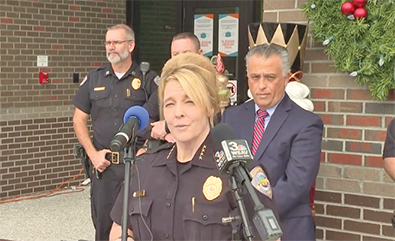 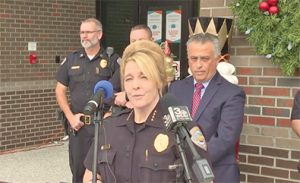 After dealing with an unprecedented challenge last year with the COVID pandemic, Beaufort County school officials and families are dealing with an escalating level of social media idiocy this year with a series of “challenges” inciting violence in the schools.

A 12-year-old student was arrested on Dec. 10 after officials at H.E. McCracken Middle School found graffiti threatening a school shooting. The student was charged with making threats and malicious injury to property at the school. Bluffton Police Chief Stephenie Price said the minor is being processed through the family court system.

A second threat of violence of McCracken is still being investigated, along with eight other instances of threats against schools across the county. Seven of the eight incidents revolve around warnings of shootings at the schools either on Dec. 10 or Dec. 13. Thankfully, none of the threats led to actual reports of gun violence.

BCSD spokesperson Candace Bruder said that officers are still working to identify the source of social media threats made at four schools and additional cases of bathroom vandalism at two additional campuses.

The nexus of the threats appears to revolve around a social media challenge on the Tik Tok platform, as schools across the country reported similar threats last week in the wake of the school shootings in Oxford, Mich. – a prank timed to prey on the fears of a real-life tragic event.

“I’ve talked to colleagues and friends in Washington, Ohio, all over, all saying the same thing,” said Beaufort County schools superintendent Dr. Frank Rodriguez. “It is a very serious issue. We have kids making a prank out of gun violence. We have to take every threat as being real. You have a lot of man hours and attention and resources both by the schools and the police being dedicated to it nationally, and I want parents and families to know we’re not going to tolerate it.”

This is the latest in a disturbing trend of challenges being acted on by students nationwide. A similar call to action earlier this fall, deemed the “Devious Licks” challenge, led to students filming videos of stealing furniture and destroying bathroom fixtures across the country, including reports here in Beaufort County. Law enforcement officials have estimated more than $5 million in “Devious Licks” damage to schools nationwide.

While Rodriguez and his team are forced to take every threat seriously, parents are left to discern what’s real and what’s fake, while facing a harsh new daily reality with their kids.

“A lot of times we feel we live in a bubble here in our paradise, but we’re not immune,” said McCracken parent Alyssa McCombs, one of many McCracken parents who kept their kids home from school Dec. 10 after District officials alerted families of graffiti found in the bathrooms that warned “someone is going to shoot up the school on the 10th.”

“And how do we just know it’s an empty threat? Especially when you hear things like what we heard in Colleton County,” McCombs said, referring to a Dec. 7 report of an AirSoft gun that looked like a real firearm found in an elementary school student’s backpack.

One of the reports BCSD had to deal with during the week involved a Whale Branch elementary student who showed other students pictures of a gun. Bruder said an investigation into the source of the gun is ongoing.

There was an increased police presence at schools across the county after the reports surfaced. Local parents took to online forums such as the What’s Happening in Bluffton Facebook group to voice their concerns.

“I asked my daughter how she felt,” said Ashton Hayes of sending her daughter to school on Dec. 10. “She said there has been enough police presence this week to feel safe. She also felt like not going would be giving the kids who did this as a prank what they want, a day off from school.”

“I just hate that this is the new reality for our kids,” said another parent. “Between the medical lockdowns and these gun threats, my son is numb to it by now, like it’s just another part of school life.”

The latest round of threats of violence has also led a renewed call for increased security measures like metal detectors and random locker checks in all county schools.

Rodriguez said that while he understands the fears these threats bring to the surface, he has confidence in the school resource officers assigned to middle and high schools across the district.

“The SROs do an outstanding job, they are an important part of the process here and I applaud them here again,” Rodriguez said. “I’m also proud of the collaboration between the schools and both the Bluffton Police and Beaufort County Sheriffs Office. Schools are a place for learning in a safe environment and we take that seriously and all committed to providing that environment.”

The district has also committed close to $1 million over the next year to hire 18 private security guards that will be assigned to elementary and early childhood centers. BCSD has contracted with the GuardOne security firm for one year, with an option for up to five years of coverage.

Rodriguez said that the district is committed to every resource in keeping kids safe, including open communication with district families as these threats are reported.

“Social media can be a friend and an enemy, because rumors and the telephone game that they become can lead to increased resources having to be expended,” he said. “We just ask families to not post rumors or other things that may not be accurate. Wait for information and facts from the School District; we’re committed to providing that guidance.” 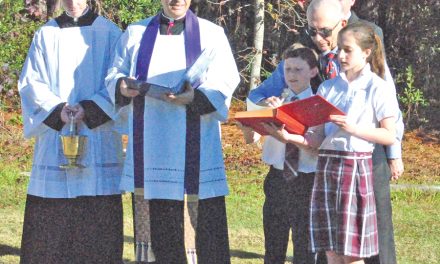 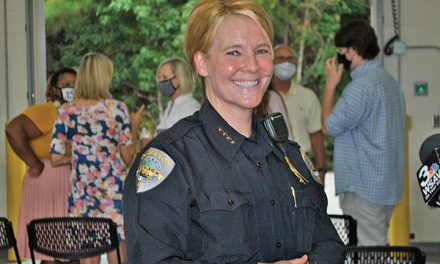 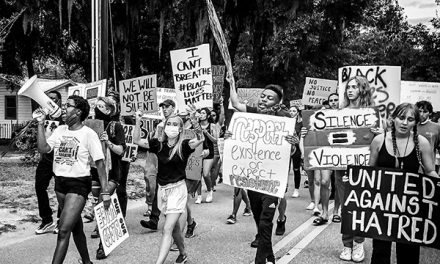