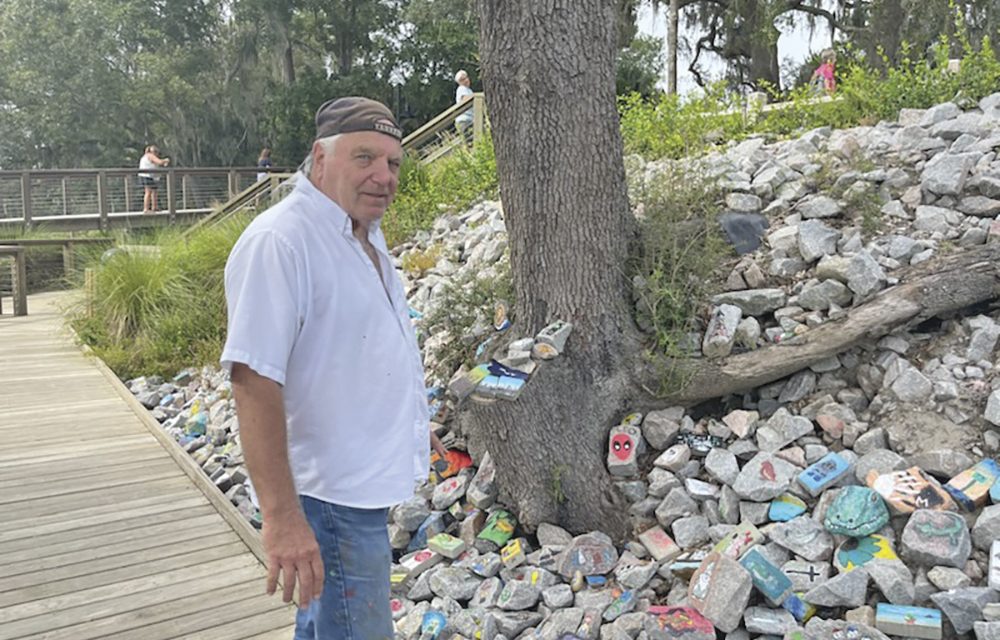 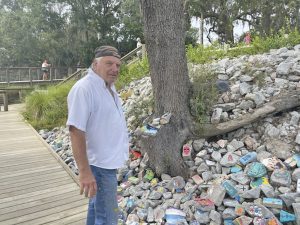 Stephen Gregar along the May River boardwalk at the Calhoun Street dock, where he and others have painted rocks to brighten the landscape. PHOTOS BY TIM WOOD

What began as an artist’s clever inspiration has evolved over the past five months into a spontaneous Calhoun Street art installation down by the river that has brought smiles to residents and visitors alike. The bright array of color-adorned rocks is about as Bluffton as it gets, with kids of all ages adding their pebblestone Picassos to the kaleidoscope pile of creativity.

An anonymous antagonist put long-time local artist Stephen Gregar “between a rock and a hard Karen,” as he said in a Sept. 17 post on the What’s Happening in Bluffton Facebook group.

“I was by the river painting one day and a community resource officer stopped by and told me I needed to stop painting the rocks, that someone had complained and that he was just the messenger,” Gregar said. “It just didn’t make sense. We’ve got kids smiling, folks taking pictures in front of the pile. It’s a beautiful thing. What could be wrong with that?”

Gregar likes the challenge of painting on just about every surface other than a standard canvas. He has used social media frequently to post his photos of perfect Bluffton sunsets and of his paintings on backdrops such as pavers, T-shirts, tote and tote bags.

On April 5, he showed off his first stone with What’s Happening in Bluffton members in an informal contest to find his rock rendering of Waldo.

“He is somewhere in Bluffton. Can you find him?” Gregar said. The post garnered such a positive response that Gregar kept sharing his rockwork – painting a range of things from lighthouses to boats to Popeye and Elmo on rocks from pebbles to boulders, sharing his daily progress and his work with budding artists who wanted to add to his growing pile.

The New York native sports a gruff Sopranos-meets-Woodstock façade with a fuhgeddaboudit accent, a bouncer build and a ponytail – more mafioso than merrymaker. His art helps him make sure the proverbial book doesn’t match the cover.

“It connects me with emotion; I express feelings and how I absorb moments in time with my brush. So, to elicit such a positive reaction from the posters, it was wonderful,” he said. “This was never meant to be an exhibit or anything. It just took on a life of its own.”

By midsummer, a small pile became a full-on organic art installation. Gregar became guardian of the grounds, ensuring the work was more an artist’s rock wall than a public nuisance.

But by September, one critic approached a town resource officer and attempted to put a halt to the artistry.

“A great joy has been taken from me today. I went down by the river to dolphin watch and was approached and told not to paint any more rocks,” Gregar said in his Sept. 17 post. “I will miss 3-year-old Cohan, I’ll miss the laughter of the kids when they saw their favorite cartoon character painted on a rock, I’ll miss the 90-year-old lady who was down on her knees picking just the right rock for her to paint on. I’ll miss the woman with tears in her eyes who laid in the rock pile next to a rock that I painted her recently deceased infant daughter’s name on. I’ll miss all the other beautiful rocks that budding artists of all ages added to that rock pile. I hope you are happy Karen. What are you going to complain about next? Maybe traffic lights aren’t the right colors for you?”

The post led to more than 300 comments in 24 hours, the vast majority sharing their love for his work and telling Gregar to keep on painting – even one from a real-life Karen who said though she hates what her first name has become, she loves and supports his work.

“That was meant as a goodbye post, I was going to stop. I was ready to follow this official and end it, I never wanted it to be a bad thing,” Gregar said. “But the support was incredible. I guess I shouldn’t be surprised. I remember going to my first Christmas parade with the baby stroller brigade and the women with washboards and kazoos and I said to myself, ‘This town gets me.’ And the folks here aren’t afraid to show they care.”

That can work both ways.

“Stephen, PLEASE don’t let anyone steal your joy!! Or the joy you so delightedly give to others! Keep painting your lovely rocks,” said poster Elizabeth Flynn, a sentiment echoed by hundreds of residents and group members.

But some voiced concern for paint chips polluting the waterways. Chemists weighed in on the claim, posting that the acrylic paint did not emit toxic waste. Some elitists balked at calling the work art, attempting to weaponize the word “cute” in the most snobbish way possible.

Gregar began having fun with the hubbub, posting daily jabs at “Karen.”

He shared a new rock with a multi-colored warbler on Sept. 22, saying, “As a truce to Karen, I went down to the rock pile today and painted a bird on a rock for her but alas, she wasn’t here. So, if someone will do me a favor and if you see Karen, give her the bird for me.”

“I can’t help myself sometimes, I guess it’s the New Yorker in me,” he said. “I’m shy, not much for conversation, the art speaks for me, sometimes in sarcastic tones. Look, I’m the last one that wants to be polluting this gorgeous land and waterscape.”

Gregar never used a real name for “Karen,” as he still doesn’t know who made the initial complaint. That didn’t stop one poster from repeatedly reporting Gregar’s posts as harassment to group administrators. Hmmm. Might we have our culprit?

The overwhelming online reaction caught the attention of town officials as well. Town of Bluffton public information officer Debbie Szpanka said the rock art came up in conversations as multiple department heads huddled for Hurricane Ian preparation. She said officials had either heard of the rock art or had seen the installation for themselves, and that while the officer represents the town, the cease-and-desist directive did not come from town officials.

“It was good to have so many of the stakeholders in one room to weigh in on this, and it was nothing but positive around that table. It’s very Blufftonesque and we’re always here for naturally occurring art,” Szpanka said. “It’s always a good idea for artists to reach out to the town before embarking on an installation, but it sounds like this wasn’t planned, it just sprung up from creativity. That’s very Bluffton. It sounds like it has become a happy attraction.”

Nonetheless, Szpanka encouraged Gregar to call town manager Stephen Steese and set up a meeting with town officials to ensure that all environmental concerns are addressed as the artwork continues to evolve.

Gregar is open to the discussion, though he never imagined his rock painting becoming a permanent tourist attraction.

“At first, it was me painting 99% of the rocks. Now, it’s more like 85 to 90 and shrinking,” he said. “I’ve put up signs saying, ‘Add to the rocks, please don’t take them.’ I’m flattered that maybe this could be a lasting contribution to the culture here. Art is here to evoke emotion, and that can lead to both good and bad reactions. But I would never do anything to harm the beauty that Mother Nature bestowed upon us here. I will make sure of that.” 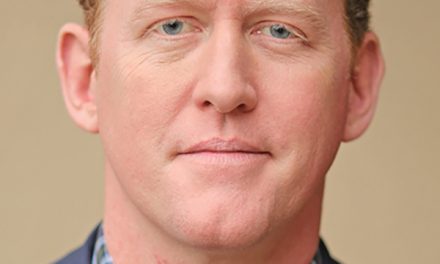 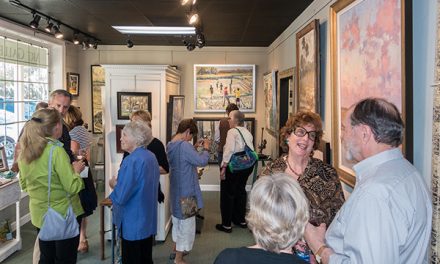 After defining itself over two decades, art scene flourishing 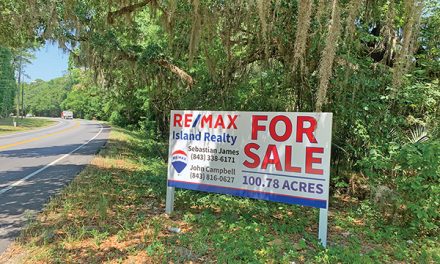