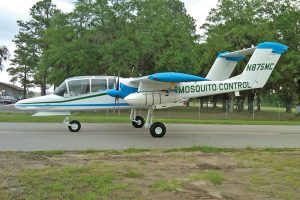 It’s that time of year when bugs you can see and those you can’t come out of their breeding grounds to feast on unsuspecting mammals. Since the coverage area is 70% waterways – marshes, rivers and the Intracoastal Waterway – we live in a natural breeding ground for a variety of biting bugs.

Leading the county-wide fight against mosquitos and their propensity to carry diseases is Beaufort County Mosquito Control.

“Our jurisdiction covers all of Beaufort County, excluding military and other federally protected areas like Pinckney Island National Wildlife Refuge,” said Robert Cartner, the deputy director of Beaufort County Mosquito Control. “The areas we spray are based on a combination of mosquito trap collections, mosquito-borne disease testing, and citizen-submitted service requests. Our FAA-approved Congested Area Plan allows us to fly safely over communities at a low level.”

The department goes to work on land with spray trucks, and in the air with an MD-500D light helicopter, and an OV-10D Bronco twin-turboprop fixed wing aircraft. The spray truck began May 26 and the spray schedule began including the plane the first week of June.

The spraying is called “ground adulticiding,” the term used for ultra-low volume (ULV) applications by truck, to control adult mosquitoes. In contrast, aerial adulticiding is the same activity, but done using a plane or helicopter, according to Cartner. The department uses Prallethrin plus Sumithrin via the plane and Permethrin via the spray trucks to control adult mosquitoes. They do not use organophosphates.

Ultra-low volume sprayers dispense very fine aerosol droplets that stay aloft and kill flying mosquitoes on contact. ULV applications involve small quantities of pesticide active ingredients in relation to the size of the area treated, typically less than 1 ounces per acre, which minimizes exposure and risks to people and the environment, according to the press release that announced the start of mosquito control season.

In addition to being a real nuisance at backyard barbecues, pool parties or just plain being outdoors, mosquitos are potential carriers of several dangerous diseases, including Eastern Equine encephalitis, West Nile and Zika viruses.

Some of the ways everyone can prevent mosquito bites and/or reduce the risk of those diseases is to discard water-filled containers; replace the water in pet dishes and birdbaths daily and weekly, respectively; wear protective clothing; avoid being out during the peak mosquito times which are one hour before and after dawn and dusk; and report dead birds for the surveillance program.

The bird surveillance program is run by the Department of Health and Environmental Control, and tracks West Nile Virus in five particular song birds: the house sparrow, blue jay, house finch, and American and fish crows. According to DHEC, signs of the WNV in birds include “weakness, sluggishness, shaking, seizures, inability to walk/fly/perch, blindness, or lack of fear of people.”

Dead birds can be taken to the regional Environmental Office in Beaufort at 104 Parker Drive. Call 843-846-1030 first for more information.

While mosquitos are the target population, spraying can inadvertently damage bee populations, and mosquito control tries to avoid that.

“Our goal is to work together with beekeepers to protect their beehives while still protecting the health and well-being of the residents and visitors of Beaufort County. We encourage all beekeepers to contact us with the location of their hive(s),” Cartner said. “Beekeepers can contact our office to be added to our notification list to receive advanced notice if we’ll be operating in their area. Our spraying operations are done at night, when honeybees aren’t active. Beekeepers can take precautions by covering their beehives while we’re operating in their area.”

“All of our planned operations are posted 24 to 48 hours in advance, under the Tentative Treatment Area(s) section of our website,” said Cartner. “Residents don’t need to take precautions after a spray operation. Our products are applied at less than one ounce per acre and disperse as droplets smaller than the diameter of a human hair.”

To view a tentative treatment map that is updated weekly, visit beaufort.leateamapps.com/PublicMap. 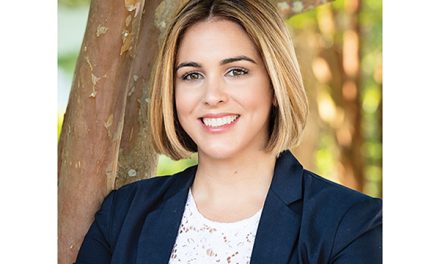 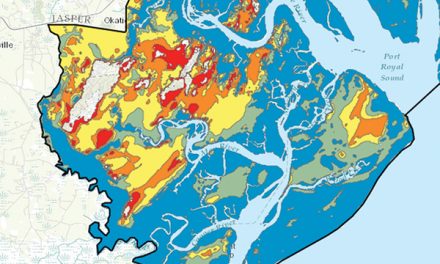