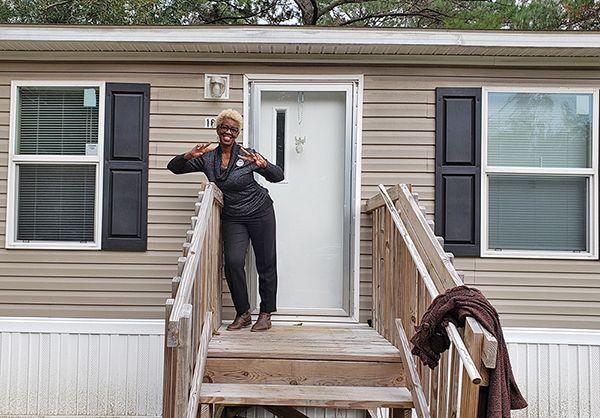 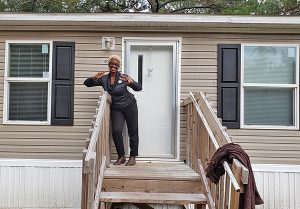 At age 12, children seem to have life by the horns – and their parents, too. Sharon Brown, whose roots are in Bluffton, was probably the same. Born in Savannah, and raised in Florida between Hollywood and Miami, she used to visit her grandparents here in the summer months.

“My grandparents and everybody were born and raised here,” she said. “In Florida I enjoyed roller skating in the park. My mom was a hard-working woman, and she always had to work. I did a lot of tennis playing back then in Florida.”

Brown is hard to miss in a crowd. She’ll be the one moving around, joking with friends, taking pictures and video, mixing with the kids, talking to people about issues that concern them, and finding out how she can do one more thing to make someone’s life better.

But she will freely tell anyone that it’s been a long, hard road to become who she is now. Drugs, alcohol and time in jail marked a traumatic period in her life.

“My dad was in the Air Force and my mom did a lot of things. After my parents got divorced, we ended up back here because my mom decided she wanted to come back and take care of her aging parents,” Brown said.

She was about 13, she recalls, when her mother moved her and her two brothers to Bluffton. It should have been a promising future, but it wasn’t long before tragedy struck.

“I am the middle. I have an older brother, Jerome, and I had a younger brother, Tyrone, who drowned in the May River. He was 9. Tyrone’s Porch at the Oyster Factory is named after him,” she said.

Then her mom died.

“When my mom came back, she didn’t last. She was killed in a fatal car accident. Came here in August and died in November. Her intention was good, but it didn’t last,” said Brown.

Brown loved her teachers when she attended H.E, McCracken when it was both a middle and high school.

“What I liked to do when I was here after she passed away, I went to school, and I played basketball one year. Coach said ‘I want you to play basketball.’ I said ‘Me?’ I sucked at it,” she laughed at the memory. “But I was just lost. It wasn’t the fault of my grandparents. They were forced to raise three kids and they were elderly country folk. I became a full-blown alcoholic at age 14, missing my mom. I was all over the place when my mom died. Life just seemed to stand still for a moment. I had no vision and didn’t want much of nothing.”

Brown graduated high school and went to Bauder Fashion College back in Miami.

“I wanted to go back to Florida. I graduated with an associate arts degree in fashion merchandising,” said Brown. “I was a free-flowing sister but I wanted to be a fashion designer and a model, but that’s not what I ended up doing. A lot of things came in the wake.”

Brown traveled, visited her father who was then in New York, and finally returned to South Carolina.

“I didn’t do anything with that degree, I just wanted to get away. When I came back, I went into the food and beverage business, and worked as a hostess starting out. I was a maid, a pantry worker, a cashier. I’m a multitasker, I’ve had it all. And I was so happy drinking and drugging. I couldn’t find my purpose in life back then,” said Brown. “I didn’t have my daughter at that time but when I did, I was still drinking and drugging. Through all of that I was living with my grandparents.”

Then the law pushed pause on Brown’s life with time in jail.

“When my daughter was about 5, I ended up in jail trying to steal something out of a store,” she said. “As a first-time offender, I went through a pre-trial intervention program, and had to go through a drug rehab program. I ended up in an 18-month pilot program in Florence.”

Brown remembers it as a nice facility, but her time was shortened.

“They kicked me out after six months because they said I thought I was a counselor,” she recalled. “So I came out and I knew that was no longer a life I wanted to live. So I got myself together and I thanked the Lord that I wasn’t a statistic. I said I would serve him until the day I die, and it wasn’t all about me, it was about helping people from then on.”

True to her word, Brown changed. She began working at a hospice agency, eventually becoming a manager.

“I learned about hospice from Home Health Hospice. I learned a lot about death and dying, and I have great appreciation for death, and the families who have to put their families in hospice,” she said.

Then she began volunteering.

“I wanted to be a volunteer because you didn’t see many African-Americans volunteering many places. My internal thinking was, ‘Hey, you got to be involved.’ Everybody knew me because I was vocal,” said Brown. “If I thought it looked racial to me, I let them know it. I just wanted to be in the mix to be together as one. I said we got to do better and volunteer. That’s how I became a community advocate because I saw things happening in my community where I lived. I tell people, when you report these things, just tell them the facts. Emotion should be put aside.”

When Bluffton High School was built, Brown began volunteering there and soon became a volunteer coordinator.

“I loved it. Aretha Rhone-Bush was the first principal. And after I was a volunteer for a while she asked me if I’d be her secretary. I prayed about it and I’ve been there ever since. That was in 2009. I waited for my daughter to graduate before I took the job, so when she graduated in 2009, I came there,” Brown said. “The spirit had me there to help these kids, to be a mentor to them. I just thought I was that surrogate parent. Kids always need another parent. It is all about the children inside that building and the teachers.”

Brown keeps a basket of snacks in her office – an act she chose because she knows some children don’t always get enough to eat.

“They know they’re welcome to come in and get something any time,” Brown said. “It helps keep them going.”

Once Facebook came out, Brown found another avenue to coordinate activities and volunteers. Her posts help boost such events as school backpack giveaways in the fall and Easter egg hunts in the spring.

“Somebody gave me the name ‘Community Sister.’ When Facebook came, I really moved along. Any event I go to, it’s on there,” said Brown.

Currently raising her granddaughter, who now plays basketball for the Bobcats, Brown can be counted on to celebrate the girls as well as the boys and is an avid sports fan, certainly a leading Bobcat cheerleader. She’s also been known to practice what she preaches.

“I was the first female soccer coach that worked at the Bluffton rec center for the little people,” she said. “Hey, let’s get the kinds involved in sports.  I try to get people to bring them in. We’re in this as a community. When the Lord gave me that second chance I told him I was going to serve him until I die.”

Brown currently sits on the Bluffton Chamber of Commerce board of directors as the chairperson for the Bluffton Area Community Association. The association had originally been a political organization but “flat-lined,” she said.

“We paid the fees to start it back up and we wanted it to be a social, community educational organization, a nonprofit that empowers people. It’s just to help the community thrive,” said Brown. “We came up with the Back to School Fun Day. We started out giving 68 backpacks and by the fourth year we were giving away 500. We’ve given away more than 3,500 backpacks through the years.”

The parents pay for nothing at the fun day. Health screening with Beaufort Memorial Hospital health mobile, the Beaufort-Jasper Comprehensive Health offers a free dental clinic, and the Bluffton Police Department, the Bluffton Township Fire Department and the Beaufort County Emergency Services ambulance come out so they can educate the kids on what they do.

“It’s been a ride. When I look back over my life, I have no shame,” Brown said. “I’m all about helping people, but I’m all about being real. My testimony about me being me might save somebody’s life. I was in the closet but you never know how you can save a soul by coming out and being in the open.”

Brown is grateful for the opportunity to help others.

“Life is too short to be in this community and have all the resources, and not help one another,” she said. “The Lord has given me a peaceful heart and peaceful mind. All our lives are predestined, and what’s going to happen is going to happen. I don’t have any problem sharing my life with people. My heart is in the right place finally and I am so grateful.” 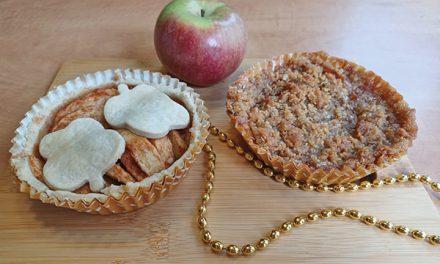 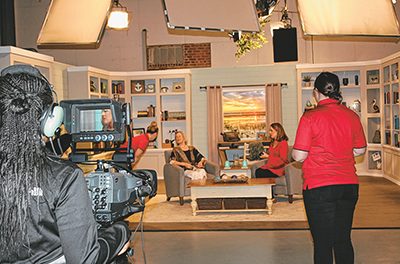 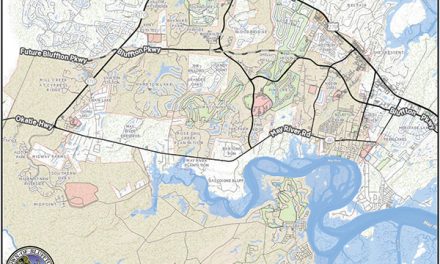 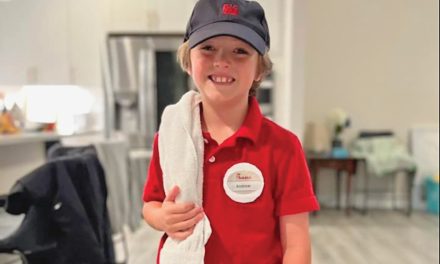