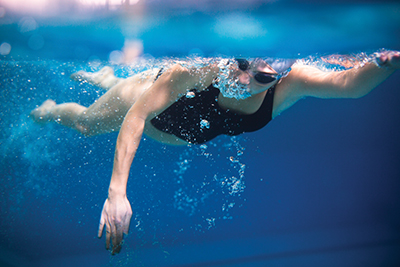 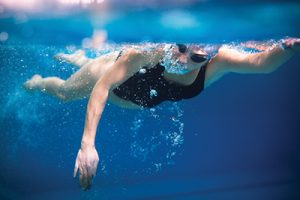 Myth 1. Front crawl is swum on the front and back crawl on the back.

These “long axis” strokes are not swum on the front or back, but instead on alternating sides through the front or back. The glide position for these strokes is not with both arms above the head, but on one side with one arm up and the other down at the side.

As the swimmer recovers one arm from down below the hip, the other arm “catches” the water below the surface in preparation for stroking. It is not until the recovering arm almost reaches the other (extended) arm that the shoulder girdle is pulled forward. The “seesaw” action of the stable shoulder girdle thus pulls the stroking shoulder to initiate the arm stroke.

Less efficient swimmers do not wait long enough to let the shoulders initiate this switch from side to side. However, it is clear from underwater slow motion photography that this is how the world’s best swimmers actually coordinate their strokes. By doing so, they can swim more strokes per pool length, and with less effort.

Myth 2. Stroking consists of moving the hand (and arm) past the body.

The opposite is what happens. The swimmer’s body is levered past the hand (and arm), which are anchored against the water. The most efficient swimmers are able to maneuver their hands (and arms) to maintain pressure all the way through the stroke, from the catch to where the hip passes the hand.

There are metaphors for such efficiency. The front crawl (“freestyle” in competitive terms) can be thought of as grabbing hold of the rung of a ladder suspended below the pool surface, keeping the elbow up while using the rung for leverage.

The backstroke can be imagined as reaching back to grab ahold of a pole anchored vertically from the bottom. Then apply leverage the same way.

This latter technique can be accomplished literally with an instructor holding a pole. The former can be accomplished by using a rope tied below the surface. Both drills give a swimmer the feeling of what it’s like to swim more efficiently until the swimmer can mimic the same technique without assistance.

Efficient swimming is not a myth, but the gradual development of techniques that result in greater distance per stroke and thus fewer strokes per pool length as a swimmer’s goal. 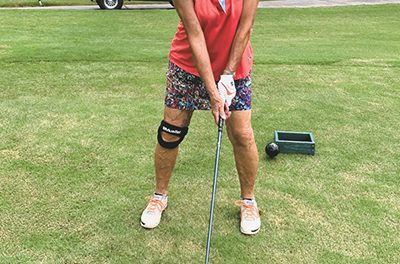 Golf is not a contact sport, yet injuries are prevalent 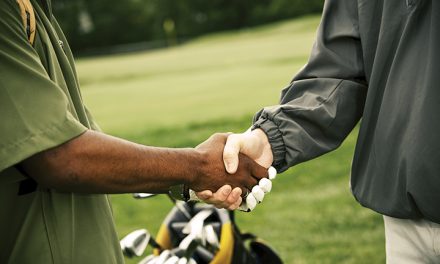 Gambling in golf can enhance play if wagers are made wisely 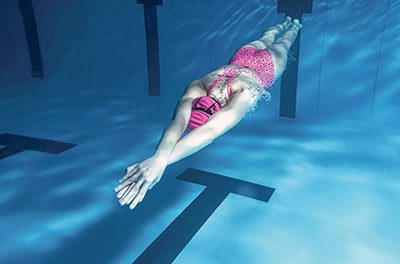 Perfect the ‘ride and glide’ technique for efficient strokes 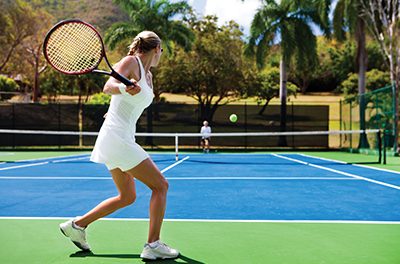 How to turn lack of focus into sharp, steady focus