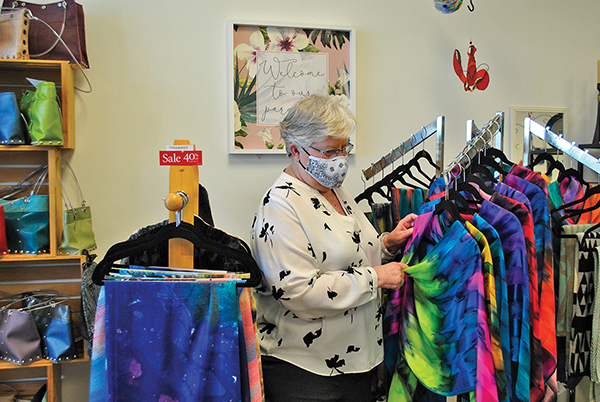 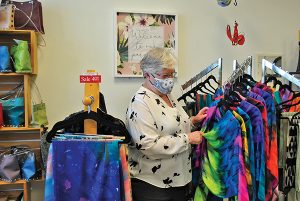 Since the March 13, 2020, declaration of a South Carolina state of emergency due to the coronavirus COVID-19, every aspect of life has been impacted.

As the restrictions continued month after month, organizations, businesses, and people said they were adapting as best they could.

First responders – those on the front lines in emergencies – were among the most exposed when responding to emergency calls, and some safety protocols were changed immediately.

“It’s definitely been different,” said Chief John Thompson of the Bluffton Township Fire Department. “We’ve had to take a lot more precautions in what we do. We follow the CDC guidelines and we’ve had good success at not having a lot of our people contract the virus. We’ve never had to go to any of our emergency plans.”

At the beginning of the emergency, the BTFD set up plans for staffing dropped to 70% or even 60%. At the most, though, the department had a couple of instances when there were two or three people off. When responding to calls, the firefighters responded with the emergency medical service, and tried to use as few people as possible, Thompson said.

“Obviously, when we needed the whole crew, we sent it, but when we get to the door and they don’t need everyone, then we don’t send them in,” he said. “Those kinds of precautions have kept the spread down. And EMS has carried the heavier load during this because they are the ones who transport [the patients].”

Call volume for the fire department increased 16% in 2020 over the numbers in 2019. Thompson said the increase wasn’t in medical calls for COVID so much as it was attributed to the growth in the area.

“Early on, we actually saw a dip in the call volume because people were staying home, and people were hesitant about calling for service, because people were confused and really didn’t want to have contact with anyone,” said Thompson. “And then the spikes hit. The first one was last summer and then one after Christmas and New Year’s, and lot of the calls that came in were what we call ‘positive address.’”

Once screening began, and reports were compiled by the state’s Department of Health and Environmental Control, DHEC was able to send to the various emergency dispatchers the addresses, but not the names, of where a positive test was recorded, in effect prescreening the home ahead of any emergency call.

As for the future, Thompson thinks we are starting to see a light at the end of the tunnel.

“But things we’ve learned, I think people are going to hold on to some of these ideas. When we build any new stations, we’re going to be building smarter, with things like individual sleeping areas to cut down on the chance of a spread,” he said. “I think everybody has a much better awareness about how things spread, including people who work in it like we do. People are washing hands more often, and being more careful about personal interactions.”

“I think it’s fair to say that improved attention to infection control – including hand hygiene, and wearing a surgical mask during routine patient care – will continue for quite some time after the pandemic is over, especially for patients with flu-like symptoms,” Bouthillet said. “Additionally, over the past year, we have normalized staying home when you’re sick, and I hope that’s something that continues.”

One thing the chief noted was it’s been shown that most meetings can be handled electronically, and certain types of support personnel can effectively work from home.

“Being on the back side of this pandemic gives us the opportunity to think more about maintaining appropriate work-life balance, and ensuring that employees have improved access to mental health resources. We’re all anxious to get back to normal, and connect more with loved ones – including those who have been socially isolated.”

For many, the pandemic literally hit home, impacting livelihoods and quality of life.

One of the charities that had to do a real pivot was Family Promise of Beaufort County. The charity provides temporary housing and meal support for families working their way into their own homes.

Instead of staying in the parish halls of area churches for a week – because all of the churches were closed – Executive Director Lynda Halpern had to make a quick adjustment, and was able to place the families in an extended stay hotel.

That means an increased cost in not only shelter, but a need for grocery store gift cards. The clients use the cards to purchase food to cook in their hotel kitchenettes, taking the place of meals that had been provided by each church’s congregations.

The challenges haven’t stopped Halpern and her team from carrying on. In the past year, the organization has served 47 families, 156 individuals total. Three families are currently in the program.

“I think our challenge is going to be trying to deal with what churches are going to volunteer, who will volunteer. Also, what are the congregations’ protocols going to be? I think the aftermath is going to be quite challenging,” said Halpern. “And with the rental assistance, we get financial support to do that, but when that money runs out, there are still going to be people who need help, and that’s going to be a challenge for the community.”

Bluffton Self Help has seen an increase in their client base, and a greater need.

“We served more people last year than we’ve ever served. We had a 40% increase and 30% of those were people who have never asked for help before,” said Executive Director Kim Hall. “Assistance is cyclical. It depends on how people are doing in their jobs, their career, mentally, socially. As those things change and evolve, so do the people seeking help. We served more than 1,100 households. Our goal is to make sure no one goes homeless or hungry.”

Hilton Head’s Deep Well Project has seen both the fat and the lean aspects of the pandemic’s economic and health impacts. “It’s the classic ‘It was the best of times; was the worst of times’.” That’s how Executive Director Sandy Gillis described the past 12 months.

“We saw the biggest run on our services in our 50-year history,” Gillis said. “But the beautiful balancing act that happened was we also were the beneficiaries of the largest donations of both food and financial gifts, which enabled us to meet those giant waves of needs that came crashing onto our shores, thanks to COVID-19.”

Gillis said the volunteer-driven organization was able to provide almost double – just under $2 million – what we normally offer in food, emergency rent, emergency home repair, emergency utilities,” she said. “Before COVID, we served about 8,500 people; now we have about 10,000 in our client database. They were new people, not people who were chronically on the edge, but brand new, normally self-sufficient individuals.”

“For the first time in my life the future was unknown.” Jennifer Megliore, Bluffton resident and owner of the Hilton Head Island gift shop ArtWare!, found herself for the first time thinking about borrowing money to keep going forward.

But, after talking with a SCORE (Service Corps of Retired Executives) volunteer, she learned enough to make adjustments. “Luckily, we’ve been so well supported by our residents and visitors that I haven’t had to borrow money,” she said.

During the pandemic, Megliore reopened the store, but also conducted online shopping and curbside delivery during the business restrictions. She considers her routines of wiping everything down with Lysol, and providing in-store baskets where customers can place items they had touched but did not choose to buy were a plus when it came to attracting cautious customers.

“It’s been really good,” Megliore said. “I think we inherited a number of customers who would have gone elsewhere but know they can shop here and do it safely.”

Jennifer Kirkland, owner of Carolina Window Designs, said she did as well as can be expected.

“I think we were very fortunate to have enough business to keep everybody working. We didn’t have any layoffs. I would say that the biggest challenges were supply chain issues – delays or merchandise, product coming in, back orders,” said Kirkland. “We’re very optimistic about 2021 being a strong year. I think we benefited by people being stuck in their houses. They were looking at what needed to be replaced and changed. So I think that in some weird way we have seen an increase from people being stuck at home.”

Nancy Landwehr, owner of The Spirited Hand in Bluffton, said things are good for her shop.

“Because I have such varied products, I’ve been trying to stay on the upside of being a personal shopper, showing collections of things that I offer,” she said. “But still some people are afraid to come out, they’re still not comfortable.”

During the pandemic and the business limitations, Landwehr expanded her procedures to reach as many customers as possible by emailing photos of various gift items, the inside of greeting cards, planters, pillows – whatever the customer was interested in seeing.

“People are feeling optimistically more so than they’ve been because they’d gotten one or both vaccines. I think that spring is in the air and that always gets people out,” Landwehr said. “We’re seeing people thinking planters and home flags and interior home things because they’re staying so much at home.” 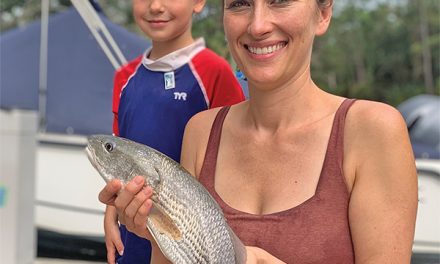 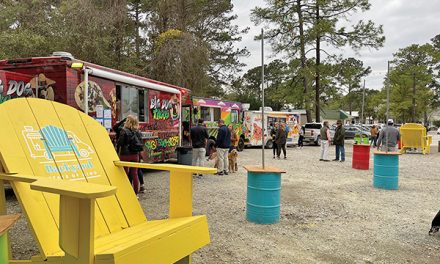 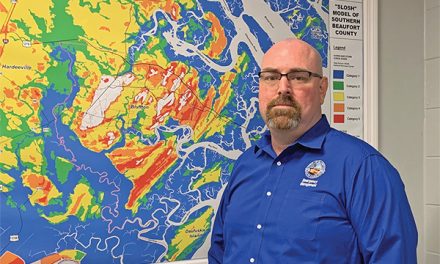