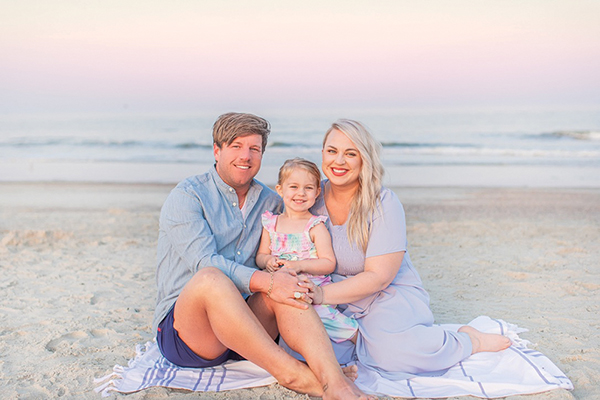 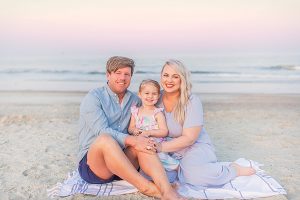 Thomas Kersey with his wife, Brittani, and their daughter, Penelope. COURTESY THOMAS KERSEY

When the Hilton Head Island MLS first quarter rankings were released in April, a name at the top of the rankings might have been a shock to some. But for those who have seen the work ethic and tenacity that Bluffton native Thomas Kersey has shown since he was a teenager, the news came as little surprise.

At a time when most of his high school friends were involved in sports, clubs and socializing, Kersey built a tennis racquet stringing business that started as favors for friends and grew to a loyal 500-client following.

“I guess I’ve just never been that ‘follow the pack’ guy,” said the Coldwell Banker Global Luxury Realtor. “I’ve always done my own thing, always been close to family, but always been driven to succeed and find the right path to success for me.”

Kersey went to college thinking he was headed into the law profession. He started law school but did not finish. He worked at a local law firm, focusing on estate planning, asset protection and probate.

“It’s a hard area of law to practice,” Kersey said. “Family, death and money are three things you don’t want to be in the middle of. I enjoyed helping clients but I got no pleasure out of my career.”

At a crossroads, Kersey leaned on family. He had an uncle in commercial real estate who had seen his business acumen, personality and attention to detail and thought his nephew would be great at real estate.

Kersey convinced his mom, Kim, to take the real estate course with him, they passed, and eventually formed a sales team together, repping D.R. Horton in Georgia during their first year. The pair were successful, but while he enjoyed working with his Mom, he hated the drive to Georgia. Plus, he saw an opportunity in Bluffton.

At a time when more than 3,000 agents were registered in the Hilton Head regional MLS, Kersey saw a lane for him to make a name for himself in the luxury market. So, he and Kim parted ways and Thomas forged his own path.

He used technology to his advantage, using social media analytics and marketing tools to introduce himself to buyers looking to make larger purchases. Slowly but surely, he gained the trust of CEOs, celebrities and millennial millionaires looking to find the perfect respite residence in the Lowcountry.

“I think my first advantage was that I know this area, I have seen the growth, I constantly research where the growth is going and where the best real estate opportunities are for my clients,” he said of his approach to real estate. “I love Bluffton. I’m proud of this growth and it’s thrilling to see the new wave of clients coming into the region.”

Kersey knew that hanging his own shingle at age 24 was going to be an uphill battle to gain respect and trust. So he got to work, refining his client relations approach and learning how best to use the quickly evolving technology to personalize his pitch to potential buyers and sellers.

“I am confident that I am the one to find them their best outcome,” Kersey said. “I built a word-of-mouth reputation for building instant connections and shooting straight with my clients, and always having research to back up my approach.”

Kersey was Coldwell Banker’s rookie agent of the year in 2015, and one of the company’s worldwide top 30 agents under age 30 in 2016, when he became a luxury market specialist. In 2017, he was the 23rd-ranked advisor in North America among the Engel and Volkers Luxury network and the highest-ranked agent in South Carolina.

It all led to a record-breaking past 12 months for Kersey, a time when he has won the trust and listings of billionaire clients. In March, he closed the largest-ever sale in Bluffton to date, a $5.6 million deal for the historic estate at 17 Belfair Point Drive.

He was honored in a March ceremony as the No. 2 agent companywide for Coldwell Banker Global Luxury, just $20,000 shy of the top spot.

After finishing 2020 as the No. 6 agent in the Hilton Head MLS and the highest-ranked agent working solo, more than $25 million in closed sales since January led to the No. 1 ranking for the 30-year-old Kersey. He is also proud to note that his mom, Kim, is also consistently one of the top listing and sales volume agents in the Pooler market.

“I’m not being cocky; I come from a family that has achieved success through a lot of ups and downs, so there’s no silver spoon here,” he said. “I close deals, period. And I put the needs and the outcome of the client above all else. I spent more than $100,000 in marketing on that property out of my own pocket because I’m not afraid of the risk if I believe I can achieve the reward.”

He has a deep respect for the veteran agents in the market but he also sees the industry evolving.

“There is a new generation of both trust-fund millennials, engineers, high-salaries mobile and remote workers and young folks achieving once unthinkable success in industries we didn’t even know about 20 years ago,” Kersey said. “Some of these agents have been practicing longer than I’ve been on Earth, they have institutional memory that gives them one kind of advantage. I speak the language of this new wave and I try to maximize that advantage.

“The average age here now is in the 30s, these folks know the internet inside out. They know 50 percent of what brokers know about the market these days because the information is out there,” Kersey said.

Beyond the records and the rankings, Kersey also closed a very important personal deal in 2020, marrying his long-time girlfriend, Brittani, in October. The couple are parents to 3-year-old Penelope. “Building that future for my family, it’s important. I am exhausted some days, but it’s all for them,” he said.

In terms of what’s next for him, he says it’s not as sexy a story as Bluffton’s growth.

“This isn’t about ego, there’s no Thomas Kersey Team here, just me. I am a details guy, a ‘do it right, do it yourself’ person. If I do expand, it’s going to be office staff.

“I’m not looking to socialize with my clients, I don’t live among them or play golf with them,” he said. “I form friendships and connections with these folks, but it’s about business and it’s about delivering for them and them knowing to trust me with the next deal.” 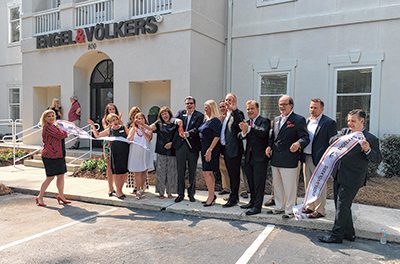 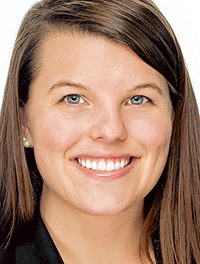