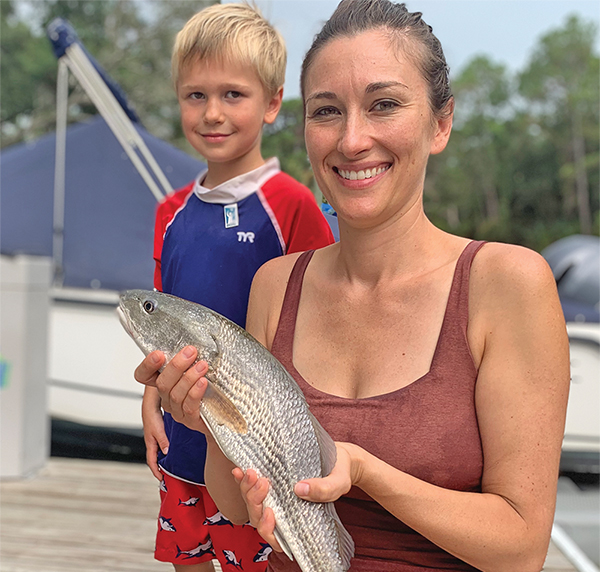 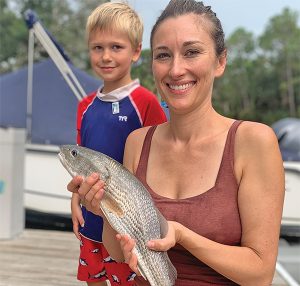 Daughter Camden and grandson Ben on the dock with a redfish they just caught. COLLINS DOUGHTIE

It’s amazing how a little bit of sunshine can completely change one’s attitude. After the year we have all had, the sightings of robins, a few azaleas blooming, and Bartlett Pear trees covered in glorious white flowers has me thinking that I will actually make it through this amazingly trying period.

Even with these signs all around me that spring has finally sprung, it was something totally unexpected that has me smiling ear to ear. It has been a very long time since that type of grin has shown itself and, quite honestly, my mouth is sore.

I guess it’s similar to being sore after running for the first time in months because you used muscles that had been idle for months.

So, what has this clown-like grin plastered on my kisser?

Completely out of the blue, I get a call from my daughter Camden telling me she wants to move home to Bluffton! She is a Harvard-educated orthodontist living in Charlottesville, Va., with her architect husband Andrew and my two grandchildren, Alice, a sweet 7-year-old, and Benjamin, a feisty 4-year-old.

At first I thought she was pulling my leg. But as the number of phone calls mounted, it became crystal clear she was dead serious. Because she has a highly successful orthodontics practice in Virginia, along with a recently renovated home there, I had to ask her one question and one question only – “Why?”

Her answer was one that I could totally understand. She explained that had not my father, a very successful ad man on Madison Avenue in New York, not decided in his early 40s to ditch that frantic but lucrative occupation, and move his five children to a sparsely populated and remote island off the South Carolina coast, just how different would I be today.

In addition, she knew that after I graduated from Ringling School of Art in Sarasota, Fla., I received numerous job offers in places like New York and Atlanta – but I decided that wealth came in two different ways. Obviously the first is financial wealth, while the second foregoes stressful high-paying jobs for happiness and quality of life.

Like my father, I chose the second form of wealth and until my dying day, I will never regret one moment of that decision.

From experience, I know better than to try and talk Camden out of the move. If I were to question her logic, I would pay dearly for opening my fat mouth. Instead, I simply listened until this past Sunday.

That’s when the entire brood showed up for a week-long stay to look for a possible homestead. In my face-to-face discussions with her, she made it clear that quality of life was her goal.

Born after a frantic race to Savannah’s Candler Hospital because Hilton Head had yet to open a delivery ward, Camden’s early years were spent playing with ducks and turkeys I had harvested instead of dolls. Watching a 4-year-old girl playing house with a 20-pound wild turkey that I had harvested that morning might sound strange, maybe even morbid, but if you know me at all, you know I loved every minute of it.

Another vivid memory when she was around 7 years old happened when we were fishing and I caught a tarpon that was well over 100 pounds. What made this particular memory so vivid was the boat I had at that time.

It was a 14-foot aluminum jon boat held together by JB Weld glue because all the rivets had given way. That tarpon gave us a good four-mile Nantucket sleigh ride before I landed it.

Unlike nowadays when we release all tarpon, this one was pulled into the boat and very nearly sunk us. It was darn near as big as the boat, but Camden wasn’t fazed a bit by the slime-covered fish. On the way back to the dock she petted and hugged it until she was absolutely covered in the goo. Needless to say, her mom didn’t share my glee that she was such an outdoor girl when she saw our slime-covered daughter.

All of last week was spent looking at lots and houses and having a ball with my grandchildren – but it occurred to me that to seal the deal, I had to get them out on the water.

It was warm, sunny with only the slightest breeze and we caught some absolute stud sheepshead. Keeping only two for a meal while releasing several others, I do believe it was the kicker to their future plans.

How so you might ask? Because within an hour, Camden asked me how much it would cost to buy a boat. Slam dunk! 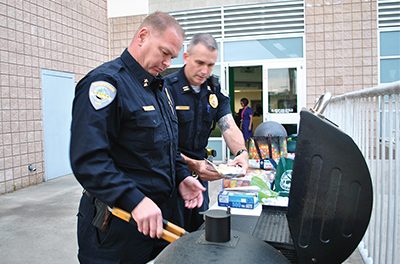 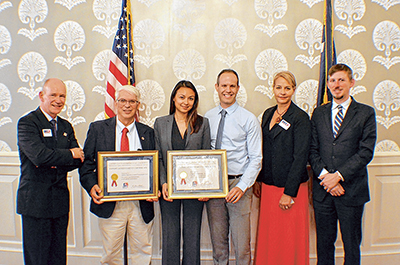 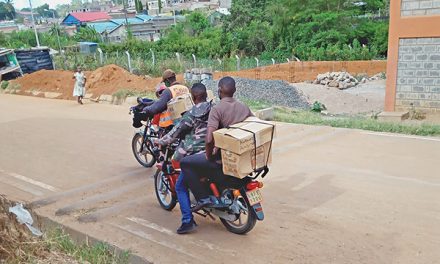 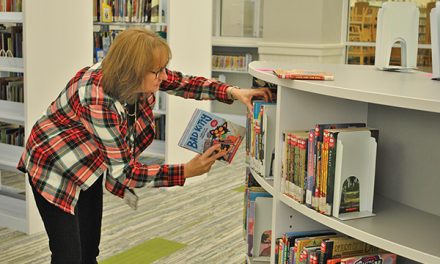