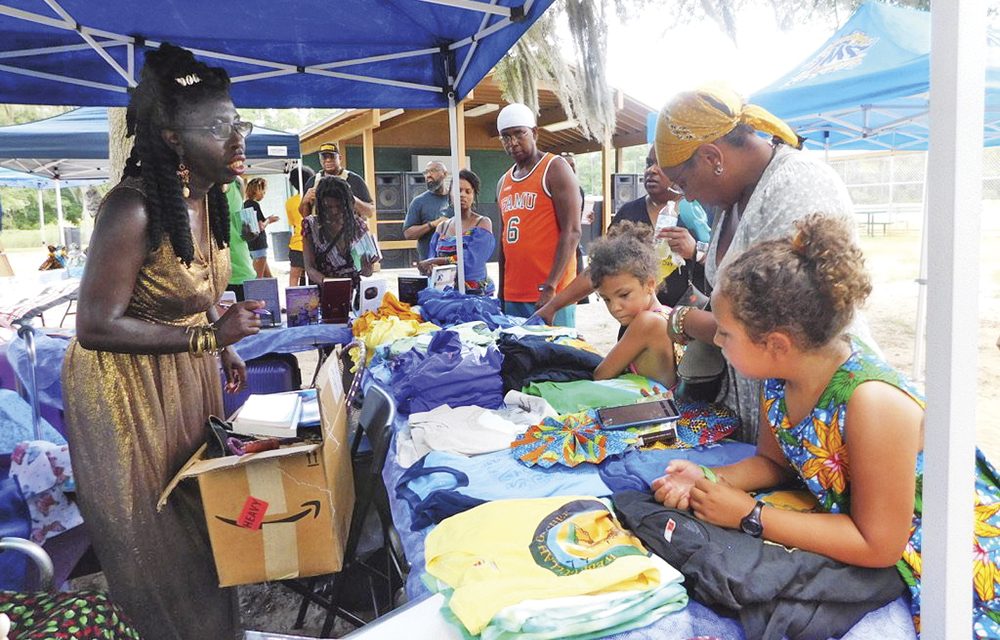 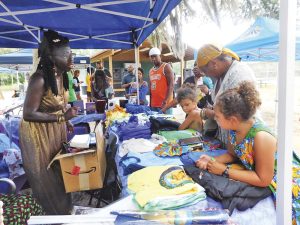 If preserving a unique culture was easy, anybody could do it, but it’s nowhere near easy. It takes years of dedication, hard work, travel, knowledge and conversation, among other efforts.

For Queen Quet, Chieftess of the Gullah/Geechee Nation, keeping her culture alive is what she does, and considers it a godly calling.

“I believe that I owe keeping my culture alive to my ancestors. I remember teachers beating students when I was in school due to the fact that they spoke Gullah, and I didn’t believe that was fair. I knew that because of all the history I read, and all that I learned from my Gullah/Geechee family and elders,” she said. “So, I did what I could to enhance my code-switching not to avoid the beatings, but to show those teachers that we were not wrong for speaking the way we did nor living the way we live.”

Code-switching is the practice of alternating between two or more languages in conversation. It’s an ability that Queen Quet used liberally when both relatives and strangers gathered July 30 for the 10th annual Gullah/Geechee Nation Appreciation Week opening family day celebrations on St. Helena Island.

The Gullah/Geechee are descendants of West and Central Africans who were brought to the United States and sold as slaves to work on the rice, cotton and indigo plantations along the Southeastern coast of the country. The Gullah/Geechee Nation ranges 35 miles inland from Leland, N.C., to Jacksonville, covering the Sea Islands and the Lowcountry.

The annual Gullah/Geechee Familee Day is the opening day celebration bringing together many family members to sing, pray and feast while sharing stories and selling handmade traditional artisan crafts ranging from fans and juices to sweetgrass baskets and dolls, and dancing to the rhythms played by DJ Kwame Sha.

It’s also an opportunity for the community’s elders to pass down the traditions and language of their ancestors. That is how Queen Quet absorbed her heritage.

On this particular opening day, Queen Quet was pleased to read a proclamation by Gov. Henry McMaster, designating July 30-Aug. 6 as Gullah/Geechee Nation Appreciation Week. South Carolina was the first state to so acknowledge the event and the accomplishments, history and culture of the Gullah/Geechee people.

Special events highlighting the Gullah/Geechee heritage and talents continued through the next week. Organizers extended a call to old and new friends to enjoy the music of their brothers and sisters; to worship at local spiritual centers; and to listen to the successes of the Sea Island Coalition and the Guillah/Geechee Fishing Association on Gullah/Geechee Riddim Radio.

Guests not only enjoyed the fabulous music, food and artisan crafts, but an opportunity to tour the Garvin-Garvey Freedmen’s Cottage overlooking the May River.

These are just some of the events Queen Quet promotes that raise awareness of the Gullah/Geechee culture in an effort to spread the knowledge that she has acquired throughout her life.

From an early age, she was consumed by love and appreciation for the Gullah/Geechee culture, and her heritage of being raised on St. Helena. She began reading by age 3, searching out books with Black people on the covers, and listening to the history of her family and island as the elders spoke.

“I asked thousands of questions, and they knew that I had a gift for the history. They would share things with me that they wouldn’t discuss with other children or youths,” said Queen Quet. “I enjoyed being with the elders, and learning new things, including casting nets, sewing, working with the yard animals like chickens, and then building things with my cousins for us to play with or play on.”

For the past 40 years, Queen Quet – whose full name is Marquetta Goodwine – has used all her skills as an author, historian, performance artist and computer scientist, to expand, enhance and preserve the Gullah/Geechee heritage, presenting histo-musical presentations around the world.

After graduating from Fordham University with a double major in mathematics and computer science, she worked for several years in corporate surroundings, but her passion for her culture kept calling her.

When it became clear that a leader was needed to maintain the continuation of the culture and prevent its disappearance, Goodwine was nominated for election because of her programs and presentations.

Queen Quet was elected queen of the Gullah/Geechee Nation during a year-long process from 1999 to 2000. United Nations observers were an active part of watching the process that culminated on July 2, 2000, at Sullivan’s Island in her enstoolment – the act of raising a chief to power.

“I always seek to leave the world better than it was when I came into it. Elders have made it clear that they thank God for me because had I not moved back home full time, they believe that the culture would have been completely destroyed,” said Queen Quet.

The Gullah/Geechee Nation consists of the “Head pun de Bodee,” the Wisdom Circle Council of Elders, and the Assembly of Representatives.

The assembly, council and queen work together in a circle – not in a hierarchy – to carry out the mission of the Gullah/Geechee Nation and work in accordance with its constitution.

As a head of state, Queen Quet said, she does a lot of negotiating with other countries and United States agencies that want to collaborate, or – in some cases – to ensure that the human rights of Gullah/Geechees are upheld and not violated by any new laws or actions that may be taken.

“I was elected to be a head of state and spokesperson for Gullah/Geechees. I am also enstooled as a spiritual leader which is why I have the two titles – chieftess and queen,” said Queen Quet. “I am a head of state like others around the world are. I travel to the United Nations to represent my people on a regular basis.”

One of the things her actions did implement was the creation of the United States Gullah/Geechee Cultural Heritage Corridor, a “12,000 square-mile, federal National Heritage Area designated by the U.S. Congress to recognize the unique culture of the Gullah/Geechee people who have traditionally resided in the coastal areas and the sea islands of North Carolina, South Carolina, Georgia and Florida – from Pender County, N.C., to St. Johns County, Fla.,” according to the visitgullahgeechee.com website.

Her work, however, is not limited to preserving the culture and rights of the Gullah/Geechee. She has been an advocate for environmental preservation, as well, and serves on the Cultural Resources Committee for the South Carolina Office of Resilience.

“Many in the state have also joined a multistate effort to protect our coastline with the South Atlantic Salt Marsh Initiative. I am a steering committee member for that effort. The coalition has led efforts to prevent the destruction of our coast for the past 25 years, and we just defeated a luxury resort company that wanted to build on Bay Point adjacent to St. Helena Island,” said Queen Quet. “This adds to a long list of environmental successes that I am sure have had a positive impact on the Sea Islands and has been a point of pride for citizens of the Gullah/Geechee Nation. So, the impact truly has been one of ‘smiling faces’ due to keeping our state full of ‘beautiful places.’ I am proud that my living is not in vain and that the work is making a difference for a variety of people.”

Queen Quet is not only a voracious reader but a prolific writer and author of 15 books, primarily about her culture and heritage, with more books in the works, as well as films.

She has consulted on a number of films, including the 2000 Mel Gibson film “The Patriot,” which featured scenes set on the South Carolina coast of the Gullah/Geechee Nation. She has been an advisor to several historic documentaries including “This Far by Faith: The African American Religious Experience,” “The Rise and Fall of Jim Crow,” “Slavery and the Making of America,” “Reconstruction: The Second Civil War,” and “The Will to Survive: The Story of the Gullah/Geechee Nation.” She also lectures throughout the world.

“I want people to be clear that Gullah/Geechees poured the foundation of what is called America. We stood on our right to self-determination to ensure that our cultural community would be able to sustain itself and exist in the future,” Queen Quet said. “We want our children’s children to realize that they come from people that create a powerful and rich legacy on the Southeastern coast. Webe Gullah/Geechee Anointed People! Tenk GAWD we binya and ain da gwine nowhey!”

Setting up today’s children for success is part of Queen Quet’s mission. Those who purchased gifts and items from the Gullah/Geechee Nations Store helped to support the purchases of school supplies that will fill 250-300 bags for students at St. Helena Elementary School who will receive them after Labor Day.

“I continue to maintain a myriad of our traditions now because I want future generations to be self-sufficient, and to take pride in being citizens of the Gullah/Geechee Nation,” said Queen Quet. “When the traditions die, so does the culture. As the song goes, ‘A charge to keep I have. A God to glorify.’ This is not a personal choice; it is a godly calling.” 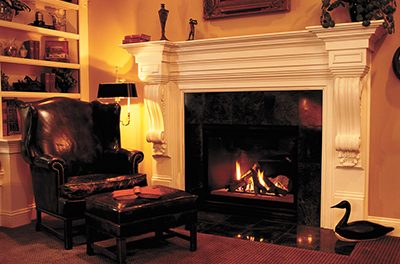 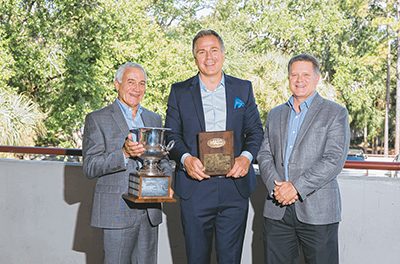