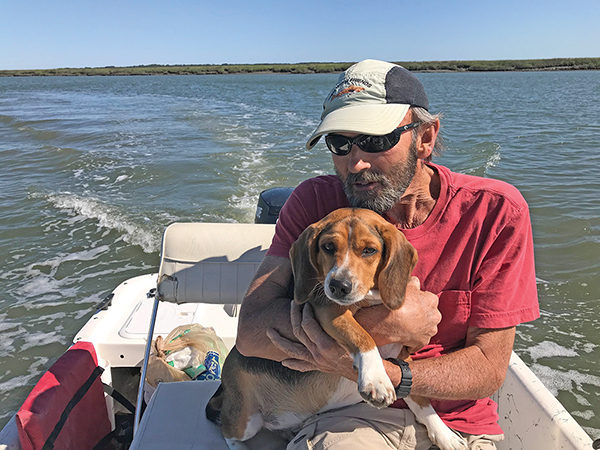 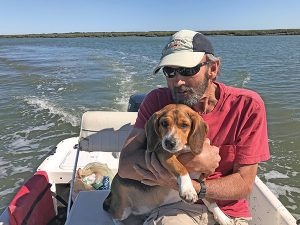 Collins Doughtie on his boat, Marsh Monkey, with his sweet Butterbean.

Even though I have been doing some fishing lately, it has always been on other people’s boats. Recently, when I walked out to get the paper, I  glanced over at my 16-foot boat, the Marsh Monkey, it struck me that I had not taken MY boat out in nearly two months.

If any of you boat owners out there are anything like me, then you too are a bit superstitious about neglecting your boat. Maybe it’s my over-active imagination, but I have always felt that, whether it’s one’s boat or car, it just seems to run better after getting a good cleaning and some tender loving care.

With that in mind, I hooked the Monkey up to my car and gave it a good once over, washing and waxing, lubing the steering cables and making it shine like it was brand new. When I was satisfied with my work, I swear the Monkey was looking at me begging me to take her out for a spin.

I know what you are thinking. Old Collins’ pain meds are getting the best of him, but in my defense I have had problems with little voices in my head since I was around 6 years old.

Always one to heed intuitions, I loaded up a couple of fishing rods, ice and drinks, and drove around the corner to the Alljoy Boat Landing. The tide was dead low and there wasn’t even a hint of a breeze but, since I had come this far, I was going for it. Hopping in the Monkey, I turned the key and my 40hp Evinrude E-Tec leapt to life on the very first turn of the key. The Monkey was alive!

As I ran toward the mouth of the May River I was overcome with a sense of exhilaration. It was a feeling of total freedom and it was just me, myself and my Monkey. I didn’t have a plan, so as I got to an area where I regularly catch redfish, I pulled back the throttle and eased along the shoreline looking for the telltale wake of a redfish scouring the bottom for small crabs and fish. Since the tide was still dropping, I turned off the engine and simply glided along with the tide. It was peaceful and, for the first time in days, I felt totally relaxed.

In this fast-paced world, it is often next to impossible to make yourself slow down enough to really look around and see the natural world and all it has to offer.

But on this day I was totally overwhelmed by the sights and sounds.

It was a revelation in the making as I was reminded why I had decided to stay in the Lowcountry. I saw porpoises in less than 3 feet of water, swiping mullet into the air with their powerful tails. There were small bonnethead sharks cruising the very edge of the waterline looking for a careless fish that would become its lunch. And all the birds – great blues, egrets, herons and my all-time favorite, oystercatchers. Now there’s a bird that has its act together! Stark black and white feathers, a vivid orange beak, fiery red eyes and capable of using that beak to easily pop an oyster open and slurp that delicious mollusk down. What a life! No wonder they have such that marvelous peeping call that sounds like squeals of joy. They have it made!

I guess I could have stopped there but I felt like a wild mustang, free and ready to run. And did I ever run. By the time I stopped, I was at Dolphin Head on the north end of Hilton Head. Looking around, I noticed a school of small finger mullet and with one cast of my net I had the bait well full.

I hadn’t planned to fish but it was good to know I had bait just in case. So I kept on going straight across Port Royal Sound. Coming to a tide line that ran toward the Broad River Bridge, I puttered along looking for the ever-elusive tripletail. I hadn’t gone 200 yards and there it was, a big one.

Rather late in the season for tripletail, it caught me by surprise but I was able to grab a rod, put on a live bait and pitch it in front of the fish.

As soon as that bait hit the water, the fish wheeled around and inhaled the hapless mullet. I would say he was around 20 pounds, and in my excitement, I went to set the hook and pulled the bait right out of its mouth. That was it and it was gone.

But I really didn’t care that I had lost the fish, because that day was all about sensory stimulation and being free. I felt like a man marooned on a deserted island with only my thoughts to keep me company.

Like the Marsh Monkey needed me, I needed myself. You should try a day like that sometime. Maybe you too will come to realize just what a special place this is. 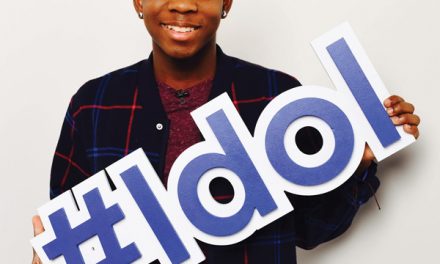 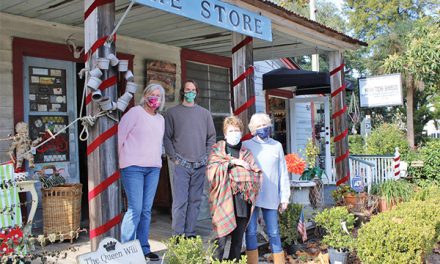 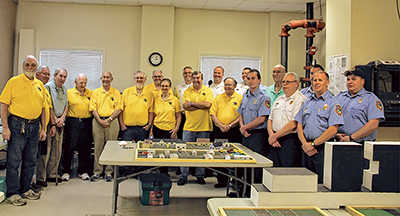 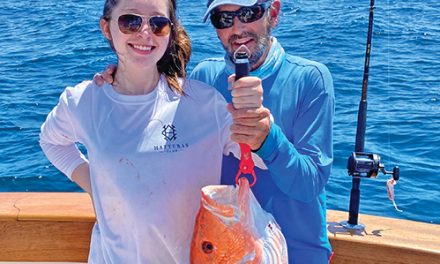