Spend time with children in nature for a lifetime of memories 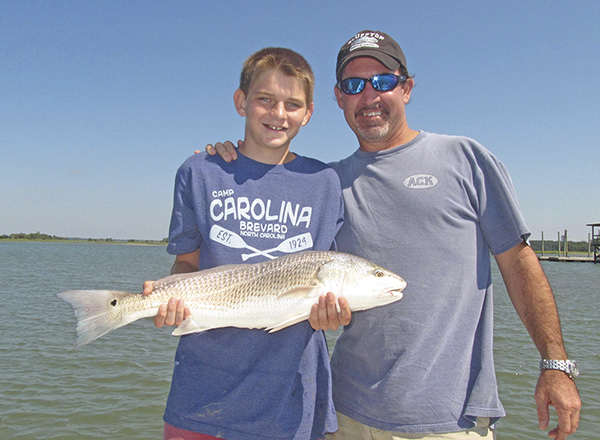 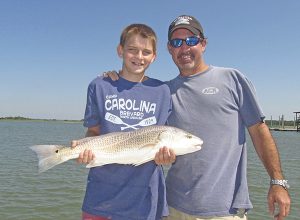 Here is a perfect example of how taking kids fishing can change their lives. This photo of Ben Parker and his son Ian was taken in 2012. Ian is now a licensed charter boat captain.

Looking through my 2022 fishing journal I came across two trips with fathers and their sons. These fishing excursions brought back a flood of memories of my own early days fishing with my dad.

At the same time, these trips jolted my memory bank about some of the times I shared outdoor experiences with my son Logan and my daughter Camden. If my dad hadn’t taken the time to teach me about fishing and the outdoors, I can assure you my entire life would be a whole lot different than it is now.

As I listen to all the hoopla about kids and how they never get any exercise because of computers, video games and all the other electronic toys, I thank my stars that I grew up in a time when the great outdoors was my video game. I couldn’t get enough of it.

With my kids now in their mid- to upper 30s, they are both well-balanced when it comes to splitting time between electronic distractions and the outdoors. Logan lives outside Los Angeles and, even though there isn’t all that much fishing where he lives, he has made hiking his favorite outdoor endeavor. A passionate fisherman, he will eventually figure out the West Coast angling scene, but at least he is outdoors instead of gluing his face to a computer screen 24/7.

So many of my early life memories involve the outdoors. Almost like it was yesterday, I can vividly remember all my firsts in fishing. My first mahi-mahi, my first wahoo, redfish, tuna, largemouth bass, snook … but the most awesome visual and physical experience had to have been my first blue marlin.

Again, I was with my dad, and it was one of those super calm days. I had the port outrigger bait, a large Spanish mackerel, and I watched it intently as it skipped along the surface. Then it was there – a huge blue marlin, its bill slashing at my mackerel. I was stunned.

Lit up like a Christmas tree, that marlin hit the bait once, twice, and then in a giant explosion of water it inhaled that mackerel like it was candy. I was only 10, and I was frozen in fear as that monster fish came clear out of water and greyhounded across the ocean.

The line was peeling off the rod so fast I wasn’t about to touch it. Dad led me to the fighting chair, brought me the rod (which weighed about as much as I did) and encouraged me throughout the long battle.

He helped me hold the rod and reeled for me when my arms got too tired but it was MY fish. I saw the pride in his eyes when we finally brought that marlin boat side.

I tried my best to do the same thing with my kids. I know I had that same look of pride when one of them completed a battle with a fish that was larger than they were – Camden when she battled a 76-pound cobia for nearly an hour, and Logan with his first tarpon that was around 110 pounds. I know in both cases, the visual images of those two experiences will stay with them long after I am gone.

The first father-son excursion when I began guiding part time was with a father from Ohio and his two sons, ages 9 and 7. As it is with most young’uns, when introducing them to fishing, you have to be extremely patient with them. On many father-son trips the kids have as much fun playing with the live bait as they do with the fishing and that’s OK.

On this trip, when a big redfish latched onto the older brother’s line, he grabbed the rod and went at it like a pro, even though the biggest fish he had ever caught prior to this trip was a freshwater 2-pound largemouth bass.

His dad helped him, but when that 36-inch redfish was finally hauled into the boat, that boy held that fish like it was his favorite toy. I could see the pride in his eyes and in his father’s eyes as well.

After a few more redfish caught by both boys, I truly believe it was the start of a lifelong love of fishing and the outdoors for both of them.

Another memorable father-son trip was with a man from New Jersey and his 10-year-old son. I took them live baiting for big Spanish mackerel at the Whitewater Reef a few miles off the south end of Hilton Head. I was ready to bag the trip, as the boy struggled with seasickness, when suddenly one of the reels began to sing.

Fighting that fish was all that was needed to snap him out of feeling not so great. From that first fish to six more just like it, he was hooked.

In both of these cases, these kids will never forget those saltwater experiences.

If you have kids, get them outside and show them that the great outdoors is better than any video game or cell phone. It might just change their lives as much as it changed mine. 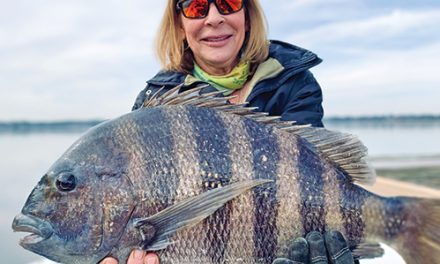 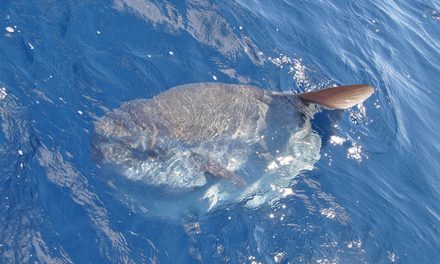 Seeing nature up close and personal in photos from the wild 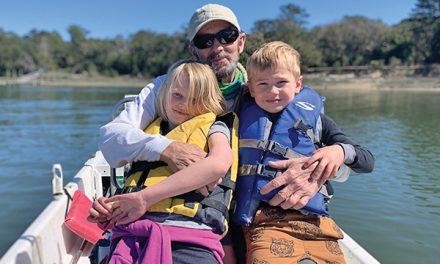 If a picture is worth a thousand words, here’s 8,000 words 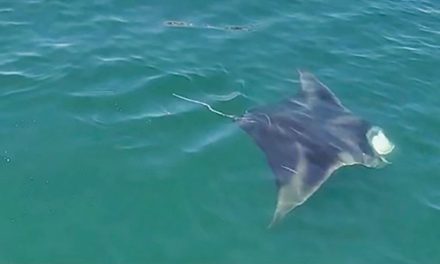