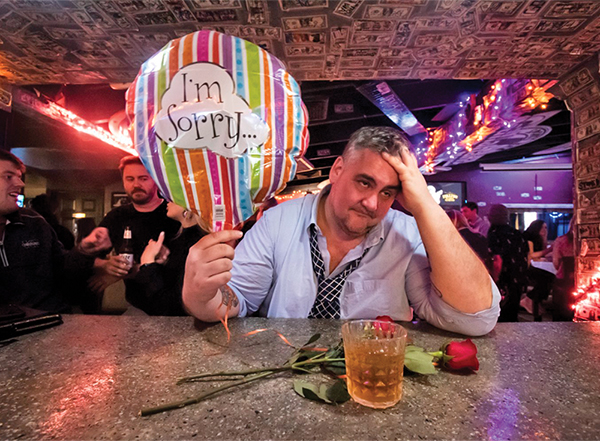 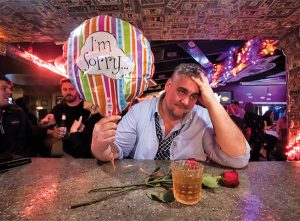 Matt Stock’s “I’m Not Alright: A Night of Positive, Inspirational Comedy” show at the Roasting Room, slated for Feb. 24-25, sold out in hours.

That was the text that Roasting Room founder Jordan Ross received from a well-known local musician the day that Stock, set to take the stage at the venue Feb. 24-25, broke the record for the fastest-ever sellout at the Bluffton performing venue.

Ross has spent the past six years building the listening room’s reputation as one of the premier spaces in the Southeast for musicians to play. So even he was surprised that a local comedian set the new standard for ticket sales at the Room.

“He shattered it, man. Just obliterated the record,” Ross said of Stock, the 48-year-old Hilton Head Island scene fixture who just recently began his pursuit of a comedian career. “We knew he had an underground legion of fans who adore him, but this was just a revelation.”

The pristine acoustics of the venue make it a musician’s dream space, but Ross and Roasting Room owner Josh Cooke have also regularly rented out the room for business lunches and meetings for such groups as the Hilton Head Area Association of Realtors.

Ross is a musician himself and has played regular gigs throughout the Lowcountry. He launched The Roasting Room with no experience as a promoter and musician booker, so music has largely been the focus since the opening of the room.

He has earned a reputation with artists and music agents that has made the Room a must-stop for both rising stars and established acts looking for a more intimate space to connect with their fans.

But booking music and comedy are two different worlds.

“I think I know what’s funny but I never really knew how to sell it,” Ross said. “We had an improv group come in here a couple years ago, and people loved it. The performers all said this would make a great comedy room. But I didn’t really have any good guidance on how to build that avenue, since we really don’t have any regular comedy venues this side of the Talmadge Bridge.”

Ross brought in Savannah comedian Dustin Sims for a show last summer, a regional star who is known for a more blue delivery (he swears a fair bit).

“It sold well, and folks knew what they were getting with Dustin and his fans liked it,” Ross said. “His agent is a music agent and both Dustin and the agent both said it’s the most comedy-ready room they’ve played. I put those ticket sales and that advice in my back pocket, a lane to pursue for sure.”

Stock approached Ross in the fall about the potential for a show in Bluffton. The general manager of the island’s Coligny Theatre, Stock is the poster boy for paying his island dues, going from a bouncer at The Lodge to a bartender and music promoter to working with long-time friend and musician John Cranford on both Southender Magazine and now at Coligny Theatre.

The theatre’s general manager had always dreamed of launching a comedy career, but always felt it was a goal too far out of reach. That changed in 2019 when friend and fellow island scenester Brian Eason suggested a fundraiser for St. Jude’s that features funny folks taking the stage for the first time.

The event, Laughs Against Cancer, was a huge hit and a coming-out party for Stock. He began to book more local comedian shows at the theatre, taking the stage and honing his craft and his set.

Stock was the headliner for a May 2021 concert, “Man of the People,” which sold out quickly and won raves from all who attended. That made the former bouncer, long-time holiday Santa think bigger.

“The Roasting Room is a Cadillac destination. I’m at as many shows as I can watching friends like Jevon Daly and Cranford and Kyle Wareham just slay it,” Stock said. “I really see that room as a sleeping giant when it comes to comedy, and I want to show Jordan and Josh that it can be a win-win in selling tickets and giving local comedians a premiere spot to aspire to play.”

That led to Stock’s show, “I’m Not Alright: A Night of Positive, Inspirational Comedy” being put on the Roasting Room calendar.

What followed was a flurry of ticket sales that led to a sellout of his Thursday, Feb. 24, show in just four hours.

“I never really even got to promote it on social, I had just barely posted it on the website, but Matt’s fans just gobbled the tickets up,” Ross said. The speed of the sellout beat previous record holder Daly, the man behind the aforementioned sarcastic text and a long-time friend and huge supporter of Stock.

Ross got with Stock and decided to add a second show on Friday, Feb. 25, which sold out just as quickly.

“I’m just in awe. It was surreal to see the tickets go that quick. You dream of being on a level with these musicians you revere. I’ve just been working at it, getting my sets tighter and tighter, really learning the craft,” Stock said. “This is scary as hell, but I know I’m ready for this moment.”

Stock hopes the Roasting Room shows will help propel him to more regional gigs in Savannah, Charleston and Jacksonville. But above all, he’s just thrilled to get the chance to cross the bridge and make folks smile a bit when we all need a good laugh the most.

“I hope five years from now, we look at this as the beginning of a comedy revolution at the Roasting Room. Jevon has the most sell-out trophies, like six at this point, so I’m looking to chase him down a bit,” Stock said. Daly will try to add to his record with his next performance at the venue set for April 1.

“I’m just so grateful these guys gave me the shot,” Stock said. “So grateful to all the folks who have encouraged me, I want to make them proud. It’s a bit of pressure, but that’s a good thing. You got to keep pushing out of the comfort zone. It’s just never too late to chase down a dream.”

Ross is transitioning out of management as he plans a full-time return to his childhood Ohio hometown later this year. But he, too, hopes this is the beginning of a new means of filling the space that is a dream fulfilled for him.

“I could definitely see a comedy series here, a place for newer comics to really cut their teeth,” Ross said. “It’s the Wild Wild West when it comes to booking comedy here, a whole new frontier.” 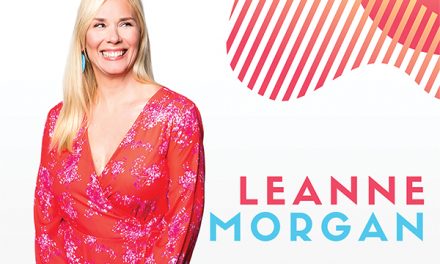 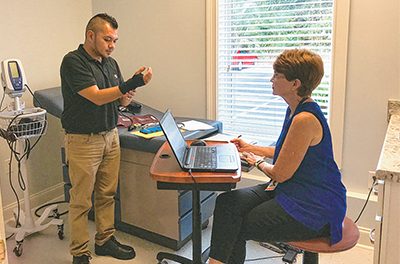 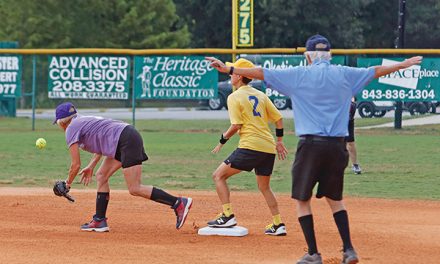