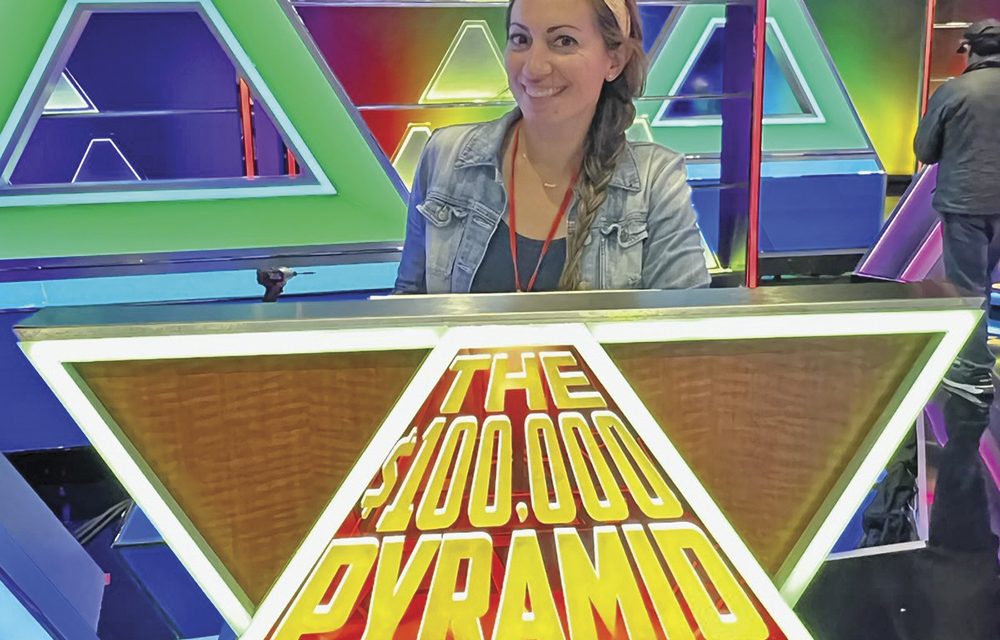 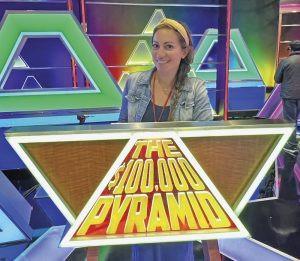 Andrea Fasano on the set of “The $100,000 Pyramid,” for which she has served as a producer for the past three seasons.

Michael Strahan makes it look easy in all his gapped-tooth glory hosting “$100,000 Pyramid,” but the reality is it takes a production team the size of a small army to pull off all that winning fun, and that final on-air product has Lowcountry DNA.

Andrea Fasano has served as the prize producer for the ABC version of “Pyramid” for its past three seasons. The 40-year-old Sun City resident spent more than two months working on the show remotely from her home office before flying to Los Angeles for two weeks of taping the new season in April, which began airing in July.

It’s a gig that Fasano didn’t see coming, but is a result of the relationships she has made in nearly 20 years in the TV industry.

“I’ve done the L.A. thing, done the New York City thing, and now, I’ve jumped all in on Lowcountry life and my real estate career,” said the Long Island realtor transplant who runs The Fasano Group with her mother, Arline. “When the call came from a former co-worker, it was an opportunity I couldn’t refuse, especially being able to do the work from home. I love the TV world and I thought I closed that door when I moved south in late 2020, so to still be part of that energy and excitement is amazing.”

It’s just the latest chapter in a multi-faceted career in front of and behind the camera. The Adelphi graduate began her career as a reporter for a Long Island newscast before landing an internship in the advertising department for the E! cable channel.

“That gave me a taste of the big-time TV world and I chased that dream hard for many years,” Fasano said. She quickly established a reputation as a polished and adept on-air and convention host, regularly pivoting from interviewing sports and movie stars to jobs like discussing sepsis and euthanasia at a Hawaii medical convention.

Her highest-profile on-air work came in 2015 when she beat out 2,000 applicants to be named the Choice Hotels Ultimate People Person.

“I was in TV production and bartending when I heard about this contest. I sent a video just being me, because I am a people person. I love talking to people, learning their stories and just enjoying people’s company,” she said. The job turned into “a full summer of travel, a seven-city tour of crazy experiences, and local TV interviews to promote how Choice brings people together through travel.”

Fasano was also chosen as a contestant for a pair of game shows, “Race to the Scene,” a movie-themed “Amazing Race”-style show on Reelz; and “Divided,” a team-based trivia show on GSN.

She had spent years as a reality TV producer, but her experiences with game shows gave her a taste of a new way to utilize her talents.

“Unscripted is a grind. I got to see so much of the country going from location to location. It was high expectations with little resources. With game shows, it was in a studio where I could still wear many hats, scratch many itches, and be part of making people happy,” she said. “Who doesn’t love playing games to win money?”

After landing a producer job on “Divided,” she parlayed that into work on CNBC’s “Deal or No Deal” reboot, TruTV’s “Paid Off,” “The Big Fib” on Disney+ and seasons 4 and 5 of “Pyramid.”

“The hours were long, it was fits and starts of work, the inconsistency of jobs, but it was an exciting world,” Fasano said. “You can tape two, four, sometimes six shows a day and I just hit a point of burnout with the TV life and New York living.”

Mom Arline and dad Louis moved from Syosset, New York, to Sun City full-time in 2012 and Andrea came to visit them to decompress from her “Deal or No Deal” work.

“I am a family person and being here, having the support of my parents, it was rejuvenating,” Fasano said. “Sun City was such a unique first taste of Lowcountry life for a 30-something, but the beauty and the quality of life here, it was just too much to ignore. This is where I felt most alive.”

The visit inspired her to buy a townhome and become a landlord in Bluffton, planting roots for a Lowcountry future.

As the pandemic shut down productions across the industry indefinitely, she moved in with her parents in late 2020 – only to get a call that led to a months-long tour back in New York as a producer for “The Nick Cannon Show.”

“It was a talk show, a new TV arena for me … so I had to try it,” she said. “Between COVID and commuting two hours each way, I just knew this wasn’t my life anymore. It’s hard to shut that door, but I finally realized what others thought about me changing careers didn’t matter. I had already gotten my real estate license in New York, and I knew I needed to go on the path best for me.”

Many of the skills that made her an in-demand commodity in the TV world have also helped in building her real estate career.

“Connecting with people, being part of building a family’s dream, it’s incredible,” she said. “And to do that as a partner with my mom, it has just been more rewarding than I could have ever hoped.”

Fasano has wholeheartedly embraced being the youngun’ on the Sun City scene. She joined one of the many community softball teams, learned to play pickleball, and created the Children of Sun City Facebook group to connect with offspring of the gated world’s retirees.

“The people I’ve met, they revitalize me every day. It’s made me see that I don’t have to wait until retirement to have a balanced life,” Fasano said. “I love every moment of it.”

Being more in control of her schedule made her recent experience as the prize producer for “$100,000 Pyramid” all the more enjoyable.

“To get to dabble in that world, to still get to make the connections and the friendships with all my production friends, and then to come home to Paradise, it’s wonderful,” she said.

After years of saying trying to hold tight and keep up to the chaotic TV lifestyle, Fasano is excited to let go and be a “yes” person among her new Lowcountry friends.

“My thrive in life is networking and being around people, and I have found the perfect fit and an unbeatable base of love and support here,” she said. “I can’t wait for what’s next.” 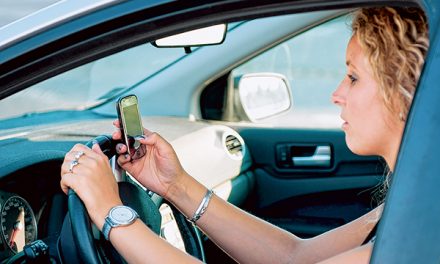 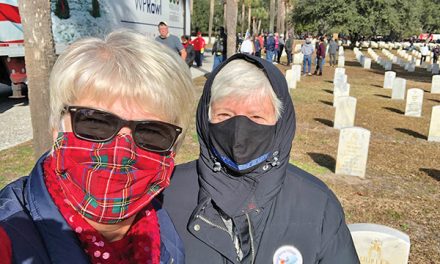 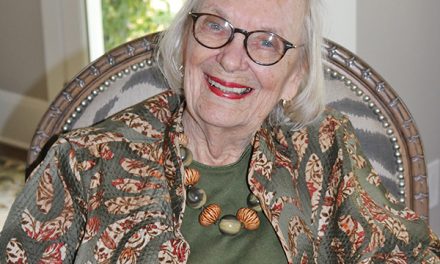