Woof Gang Bakery strives to be healthy alternative for dogs 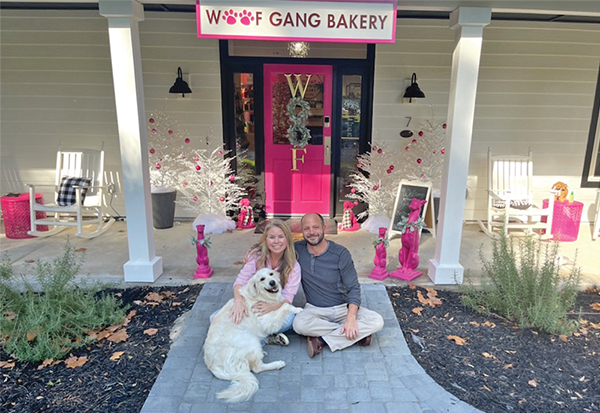 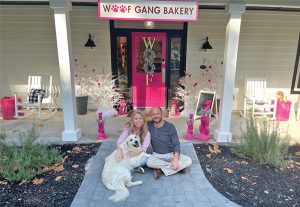 Will and Jaime Coley with their puppy, Georgia, in front of their Woof Gang Bakery store on Lawton Street. TIM WOOD

Will and Jaime Coley never gave much thought to what was in the food and treats they fed their dogs. But when their pup Georgia nearly died from an expired, moldy, rotten bully stick from a big-box pet store, the then-Savannah-based couple became vigilant in understanding what they’re putting into their fur babies’ bellies.

“It was sickening to hear some of the things that are apparently legally alright to feed dogs,” Will said. “It’s then and there that we decided we were going to be part of showing people a better way.”

It was during a getaway to Hilton Head Island in late February that Will told Jamie he wanted to put his 20-year career in logistics on the back burner and start a neighborhood pet store in Bluffton. While shocked, Jamie knew the look of conviction from her husband and was immediately on board, doing research on potential franchises to partner with.

That led the Coleys to Woof Gang Bakery, a specialty retailer with 150 stores across the country, including a handful in Savannah.

While most of the stores are in smaller footprints in shopping plazas, the Coleys bought and renovated the house at 7 Lawton St., turning it into a showcase for mix-and-match treats, along with a grooming salon.

The couple also moved Georgia and their three kids – Louisa, 14; Willa James, 7; and Witt, 5 – to a house in Oldfield – all in just over five months.

Just as the Coleys initially flirted with another chain, they initially looked at more of a traditional shopping plaza space. But the draw of Lawton Street was too much to ignore.

“We thought there were a lot of pups in Savannah, but it is just amazing here,” Will said. “And to be right in the heart of Old Town, across from parks where dogs and families are playing all day, it was just meant to be for us.”

The couple knew from the first days of their soft opening that their life-changing gamble was going to be a success.

“The folks that greeted us, it was stunning. As a dog owner, we’d felt the tide turning, we felt like folks were like us and really paying attention to what they feed their dogs and the community let us know right away this was just what they were looking for,” Jaime said. “But beyond the dollars, we knew for our family, this was the right move. We wanted to slow the pace. Will wanted to be less consumed by a job, we wanted the kids to be outside and enjoying nature more. And Bluffton gives us all that.”

Woof Gang provided them a corporate structure and a supply chain of raw, kibble, canned and dehydrated dog and cat foods focused on nutrient-rich ingredients. The store has a day spa feel to it, with bowls of organic, freshly made treats and an array of organic dog toys and supplies, but the eye catchers are definitely the treats – some prepacked, but mostly in bowls to create a smorgasbord of bonus eats for your pets.

“We have an amazing baker we deal with that cooks all our fresh treats,” Will said. “It gives owners a fun way to do something different for their dogs.”

The store is pet friendly, with the chill-but-ultra-friendly Georgia at the door to greet her fellow canines.

“It’s been one of the huge benefits out of the gate. How do you not smile all day when all we see are the cutest dogs ever?” Jaime said.

The store just recently launched the grooming salon portion of the business, starring Nora the Groomer. The Coleys said Nora has been the behind-the-scenes rock star, creating the warm and inviting atmosphere for both pet and owner.

“The thing we hear the most is you go into groomers and there’s just barking and dogs in kennels everywhere,” Jaime said. “Here, it’s one dog at a time and then the owner picks them up. But while they’re here, they’re treated to calm and serenity while they’re being pampered.”

The couple is celebrating 21 years together but this is their first time working together. Will handles the books and logistics while Jaime focuses on the creative and design of the store.

“We complement each other well in the workplace, too, though it’s definitely a learning curve being together so much,” Jaime said with a smile and a wink. She said the warmth of the community and belief in their products has created a win-win for the family.

“Georgia’s plenty happy, too. She’s the seal of approval for a lot of the treats. I give her the dehydrated sweet potato, just the right amount of sweetness, GMO free, organic and no funky smell,” she said. “And treats like our water buffalo horn, it’s like nature’s Kong toy. It doesn’t stain the carpet and dogs just love the odd shape and the intrigue of figuring it out. Those are probably my two favorite recommendations, but it’s like choosing babies. They’ll all tasty and healthy.”

The plan is for Lawton Street to be the flagship as the Coleys open more locations and establish a giving network to donate to area shelters and rescues. For now, the couple can’t wait to be part of the Christmas parade and to meet and treat every dog in town.

“There’s something better for your pet here,” Jaime said. “It’s a happy place, a place where we all connect over our dogs and give back some of that love that our animals give to us.” 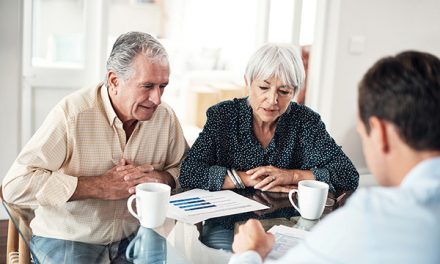 Living trust: It is necessary, or just good to have?

Preserve your agent’s authority to do Medicaid planning