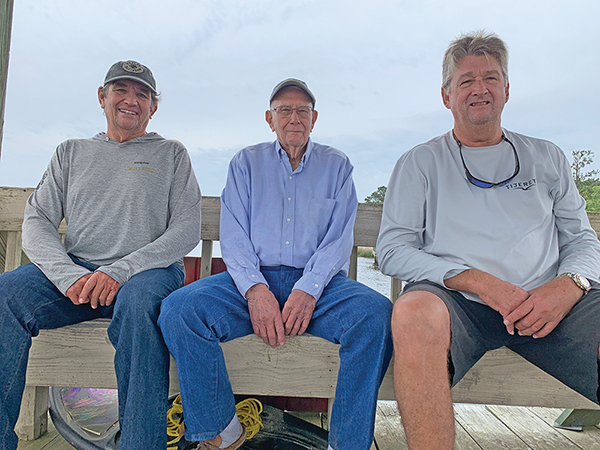 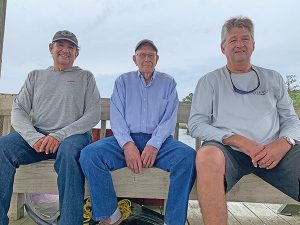 Bubba, Eddie and Jeff Carter on the dock at the Carter pond in Ridgeland. COLLINS DOUGHTIE

It appears that whenever I write about my early days growing up here, my email box nearly explodes asking for more, more, more tales from those early days when Hilton Head Island was a fledgling community. It’s like y’all can’t get enough!

Sadly, this time around it was the passing of Shirley Carter who inspired me to write about this wonderfully gentle woman who was a fixture during the early days of Sea Pines. She was slender, soft spoken and Southern through and through; it was virtually impossible not to feel like she was the perfect wife and even more perfect mother.

As with so many long-term relationships, the rigors of my own daily life interfered with keeping in close touch with the Carter family. I am sure you know what I mean, especially when someone’s passing brings on a sense of guilt that I should have taken the time to at least pay a visit or two.

Talk about a family that is tied to the water, the Carters have salt water in their veins. Shirley’s husband Eddie was one of only four charter captains on Hilton Head in 1964. Retired now, his first boat was called the Pilot Boy; he later on upgraded to another boat called the Point Comfort, which he ran until 1998.

It took Shirley’s passing to make me hop in my car and make a trip to visit the family. Thankfully Eddie and I have stayed in touch via Facebook and occasional calls, but it had been some time that I had seen Eddie and his two sons, Bubba and Jeff, who had flown in for their mom’s service.

Sitting down with all three was just what the doctor ordered to ease my guilt. Bubba, who is renowned as one of top billfish captains in the world, had flown in from his home in Costa Rica with his beautiful Venezuelan wife Viviana, while Jeff had arrived from Key West, where he, too, captains a boat.

Both boys started chartering here before heading elsewhere, which certainly helps my cause when I fish in the Bahamas, Turks and Caicos, Mexico or other faraway port. Whenever I go to one of these places to fish and local captains ask me where I am from, the first question is always the same, “Do you know Bubba or Jeff Carter?” When I answer “yes,” they just about trip over themselves to guide me to hot fishing spots.

To further illustrate Bubba’s accomplishments, he has been honored by the International Game Fish Association (IGFA), has caught marlin of more than 1,000 pounds, and in the past year landed 28 blue marlin in one day aboard his boat, the Tijereta. That is insane!

Sitting with them and sipping sweet tea, we reminisced about days long gone. Looking at Eddie’s scrapbook, his hand-carved animals from – of all things – a peach pit, shaped with nothing more than a pocket knife, it just felt good. One conversation led to another and another and even so far as girls that both Bubba and I once dated (at different times, of course).

After nearly two hours together, we took a walk down to Eddie’s huge pond that borders right up to the Coosawhatchee River. Knowing I am a flounder freak, Eddie has been urging me to come try my luck for years.

After seeing his beautiful spread and that impoundment, there is no stopping me now. I’ll bet there are some double-digit flat fish in there, along with some monster redfish.

Why did I wait so long to go see Eddie? We shared the ocean in those early days when Hilton Head was little known, and it’s getting harder and harder to find the ever-diminishing pod of early islanders. Our roots include a place that is barely recognizable from what you see today – and that history is worth preserving.

That one visit has inspired me to visit others from those early days and rattle loose stories that I can share with you.

Lastly, on a very different subject, just a reminder that the fourth annual Run For The Bulls mahi tournament to benefit the Waddell Mariculture Center is scheduled for May 15. Registration is limited to 30 boats, with a first place payout of $20,000. Last year’s participants have first shot getting in but only until April 28, at which time boats on the waiting list can get in. 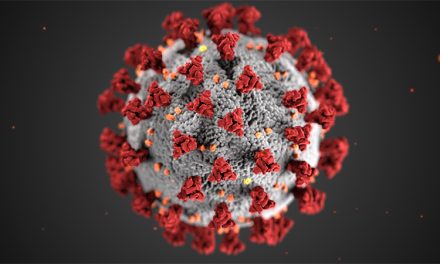 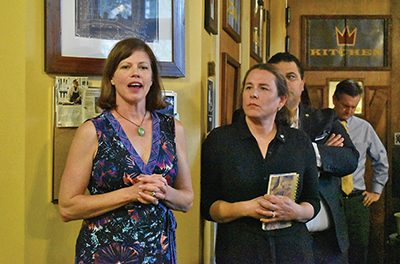 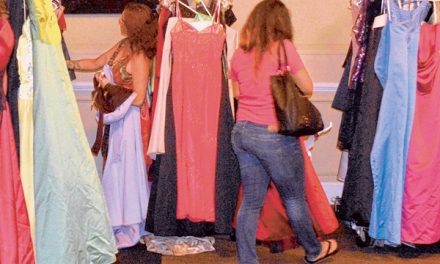 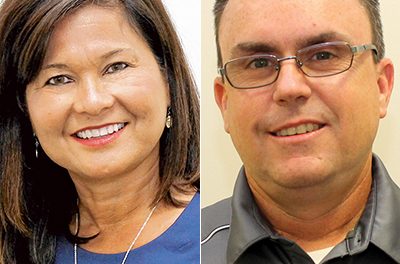