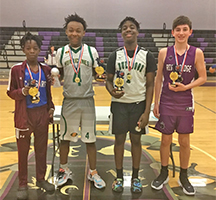 The tournament began in 2020 with a widespread field from Hilton Head to Robert Smalls. The field was a little slimmer this year due to last-minute COVID dropouts, but still featured a selection of Bluffton and Lowcountry rising hoops stars.

“It’s a great showcase for our rising youth boys basketball players and we have a lot of fun with these kids and try to build camaraderie among the teams from all around the Lowcountry,” said River Ridge boys basketball head coach Woodie Melton IV, who runs the tournament alongside Bluffton High School’s Kyle Cartledge.

HRMS defeated McCracken Black to begin the tourney, followed by the host Raiders taking down McCracken White, while the team mostly comprised of seventh graders put up a hearty fight.

River Ridge followed that up with a back-and-forth battle and victory over Lady’s Island. In an official version of most every practice scrimmage, the McCracken Black team took down their teammates from McCracken White and then followed by defeating Lady’s Island in the third-place game.

After the final, the coaches convened to pick their all-stars from the tournament.

McCollum, Warren, Holley, Brian Polite and Javon Mitchell were named the All-Tournament team, the best among the all-star crew.

The day finished with a pick-up all-star game, and giving the kids a middle-school taste of what they see during NBA All-Star Weekend, tournament organizers also held a layup skills, free throw and three-point shooting contest. 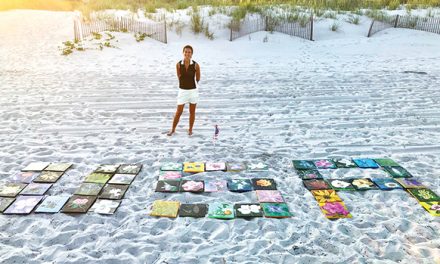 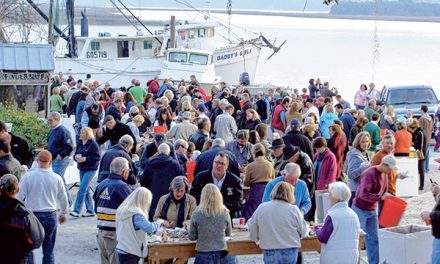 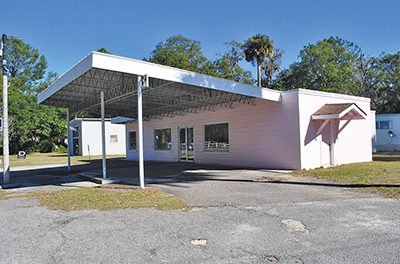 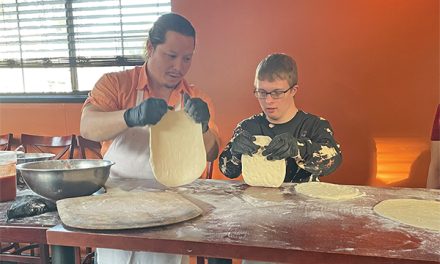 Local Pie cooks up more than pizza with a special community